ECE-NTUA team among the top 1% worldwide at the IEEEXtreme 12.0 competition 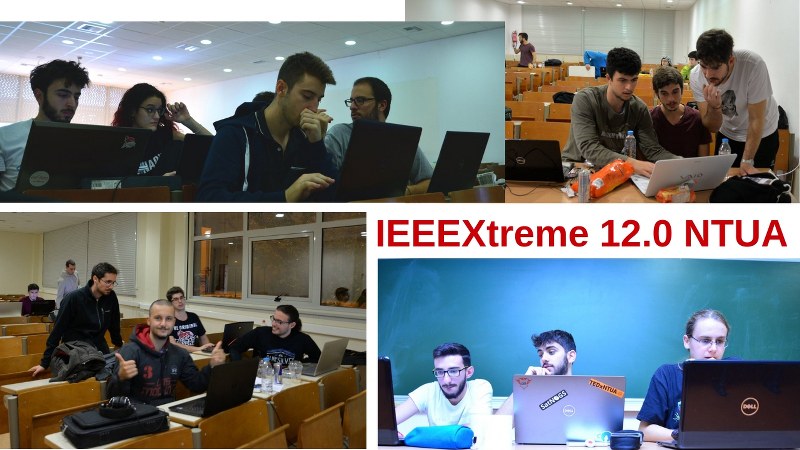 The School of Electrical and Computer Engineering of the NTUA in cooperation with the IEEE NTUA, UoP and UoWA Student Branches hosted the IEEEXtreme 12.0 competition, between October 20-21, 2018.

Forty-eight teams from four Greek Universities participated in the competition hosted at our campus. About four thousand teams participated from all over the world in the IEEEXtreme 12.0 competition. Five ECE-NTUA teams are among the top worldwide.

The WinFirstSearch team is ranked 23rd out of 4049 teams, the CoffeeTransistors team 98th, the EnOreonPiasto team 188th, the AoiTRIPLOI team 210th and the Pythons 226th place.