In the Elladic region, various important civilizations flourished in the late Bronze Age, such as the Minoan civilization and Mycenae civilization. Frescoes wall paintings were a typical form of Art in them. Thus, in the Cycladic Island of Thera, numerous celebrated wall paintings have been excavated by S. P. Marinatos initially belonging to the prehistoric Town of Akrotiri. The entire grade prehistoric civilization of Thera Island has been destroyed by the huge eruption of the island’s volcano that took place c. 1620 B.C. The volcanic ash generated by the eruption covered all ruins on the Thera Island; the layers of this ash reached a height of 15m. However, these layers of ash, created almost optimal conditions of pressure, temperature, and humidity which ensured a very good preservation of the remains of the Akrotiri civilization. In particular, parts of celebrated wall-paintings have been very well preserved, such as the “Gathering of Crocus”, the “Naked Boys”, the “Wild Duck”, “The spirals” etc.

Similarly in connection with Mycenae civilization frescoes’ parts have been excavated around Tiryns, Mycenae, Pylos etc. Among them, a prominent position is occupied by “The lady of Mycenae” which is preserved in the National Archeological Museum of Greece.

The main idea in this research that emerged among the members of the research team (Prof. Constantin Papaodysseus, Ass.Prof. Mihail Panagopoulos (Ionion University), Dr. Dimitris Arabadjis, Dr. Mihalis Exarhos, Dr. Panayiotis Rousopoulos, Dr. Fotios Giannopoulos, Athanasios Rafail Mamatsis, Panayiota Tsakalidou, Aris Koumblis) is that all these wall paintings and many others have been drawn by means of geometric guides. Namely, the artist(s), thousands years ago, used stencils in order to draw the contours of most figures appearing in these paintings; these stencils correspond to geometric prototypes, which were highly advanced for the late bronze era.

The following prerequisites for the choice of these prototype geometric entities have been set:

We have started the analysis by considering the great wall-painting initially decorating the uppermost floor of Xeste 3 depicting geometric schemes in a strict iconographic form. The stability of the drawn lines suggested the idea that guides had probably been used for the drawing of this painting. 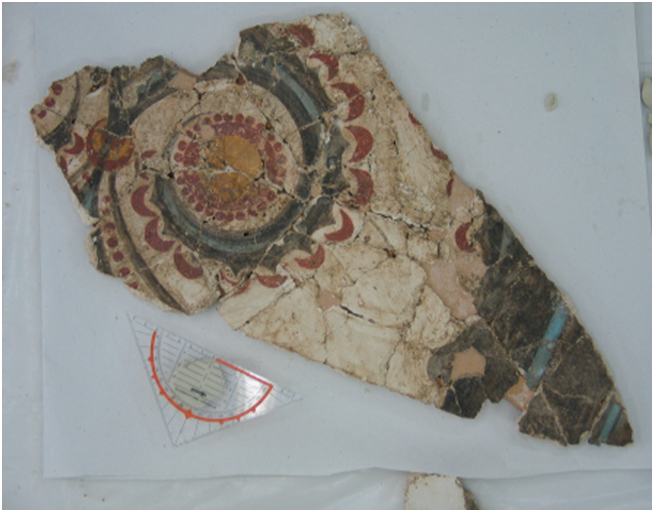 Image 2: Another example of a spiral part excavated at Acrotiri

We have considered the possibility that the guides correspond to geometric prototypes not a priori prohibited by the technological level of the civilization and in particular the exponential/logarithmic spiral, the involute of a circle and the linear (Archimedes) spiral.

By proper image processing and original curve fitting algorithms developed on purpose, we have concluded that all other types of geometric guides have been rejected, except the linear spiral one.

First examples of the excellent way the determined Archimedes spiral with the aforementioned equation fits the drawn contours of the wall paintings. The prototype curves are shown in yellow and/or red; the average length of the employed stencils is around 11 cm. 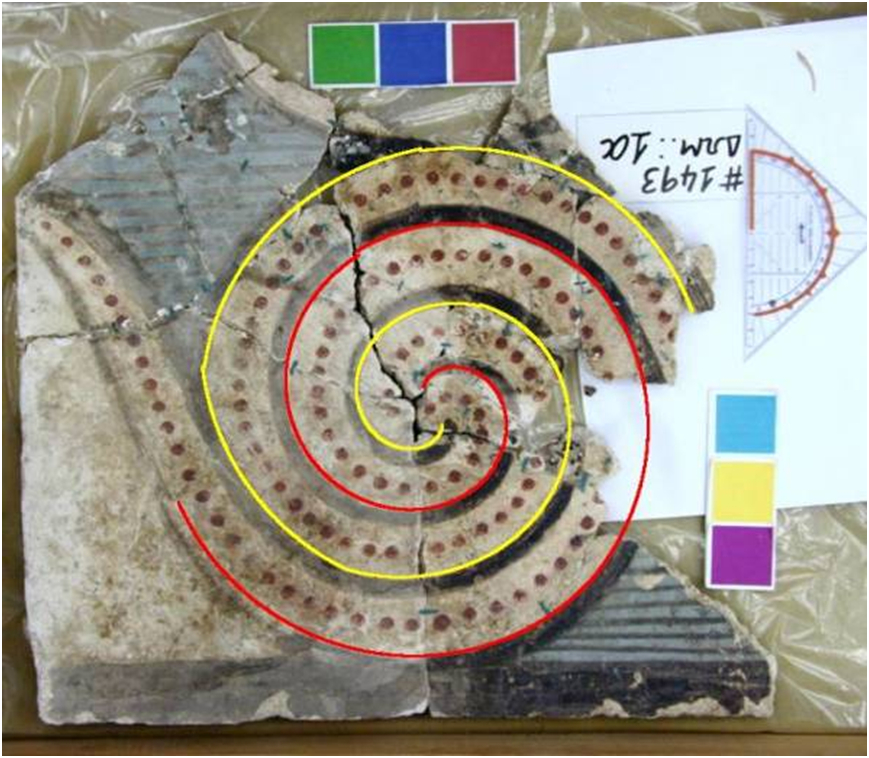 Image 3: Demonstration of the excellent way the spotted Archimedes spiral fits the actual contour of the drawn spiral. The stencil parts are shown in yellow and red alternatively. 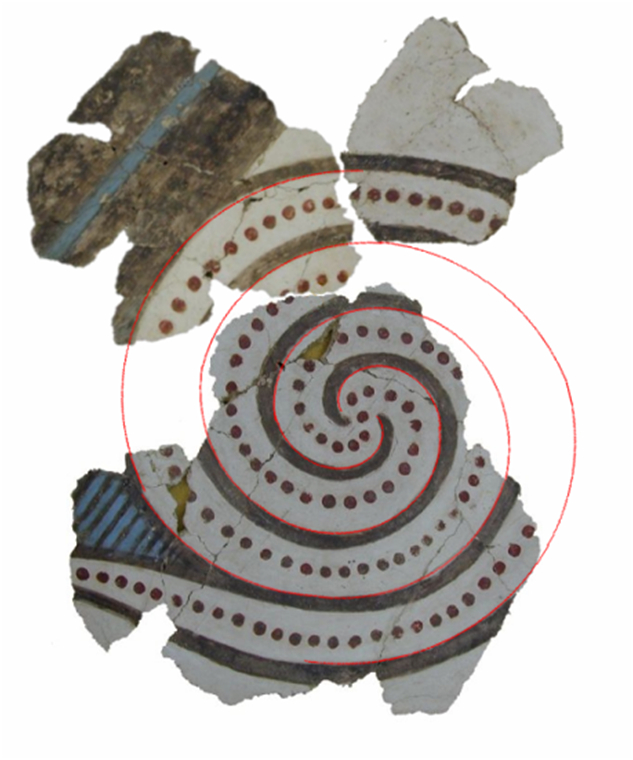 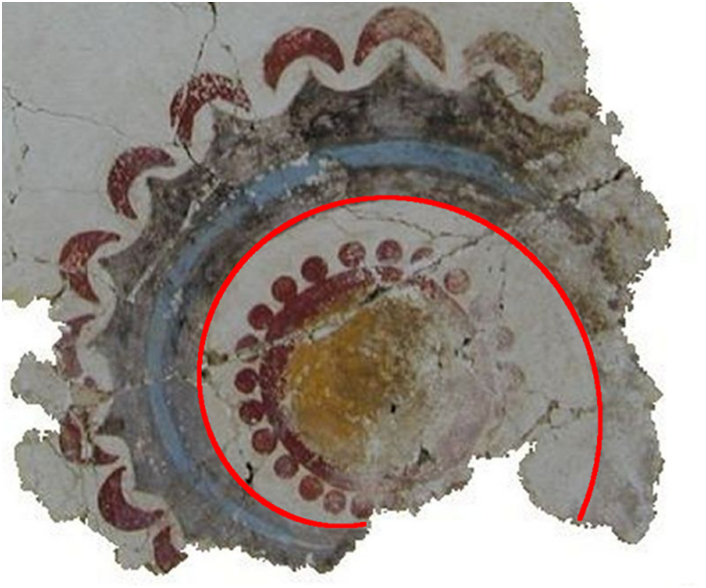 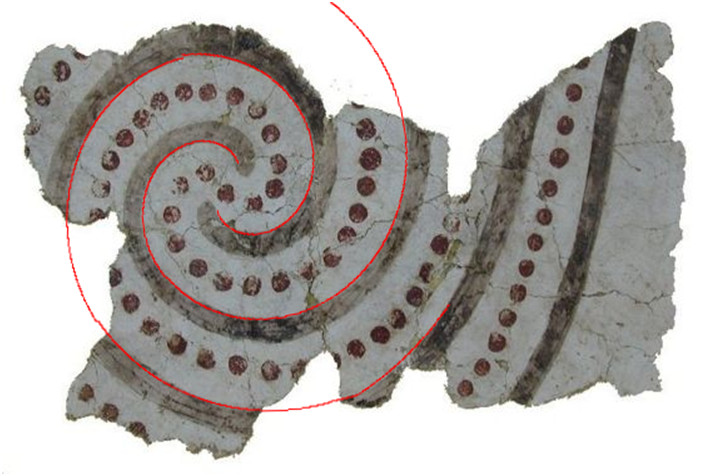 The exact method of drawing of these wall-paintings is, so far, unknown. However, a plausible method consistent with the technological means of the era, may be the following (image 7): 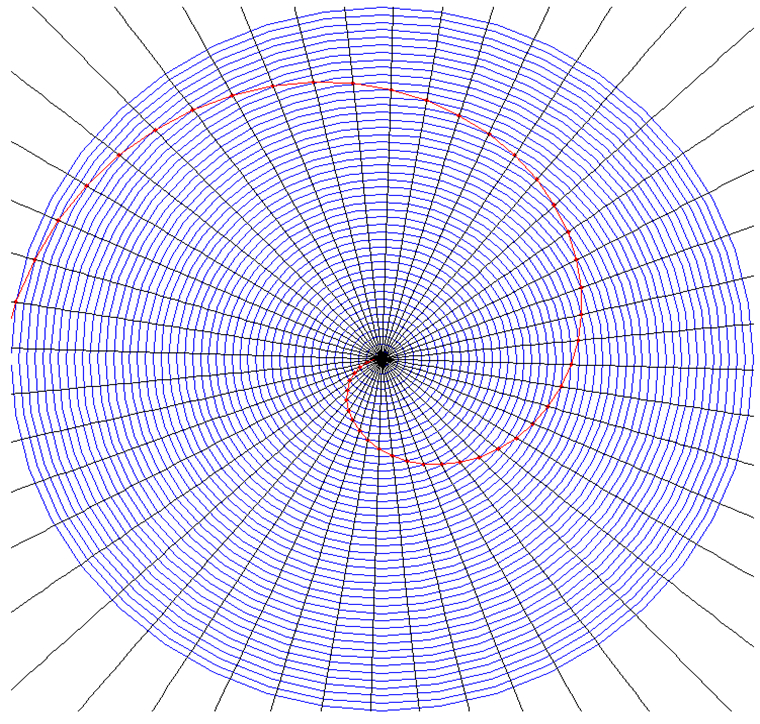 Image 7. The circles are homocentric and equidistant, while the concurrent straight lines divide the entire 360o angle into N equal angular intervals. All successive intersection points lie on an Archimedes spiral.

We have further pursued this hypothesis, although splitting an angle into N equal angles was a rather highly advanced task for the era. Thus, we have developed dedicated, original algorithms in order to spot sets of decorative elements lying on radii of regular polygons. 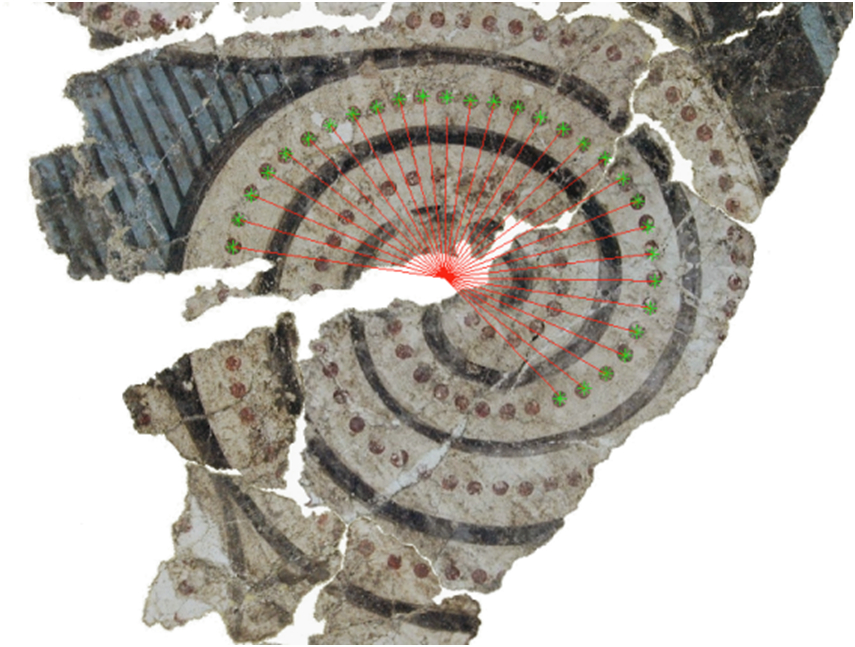 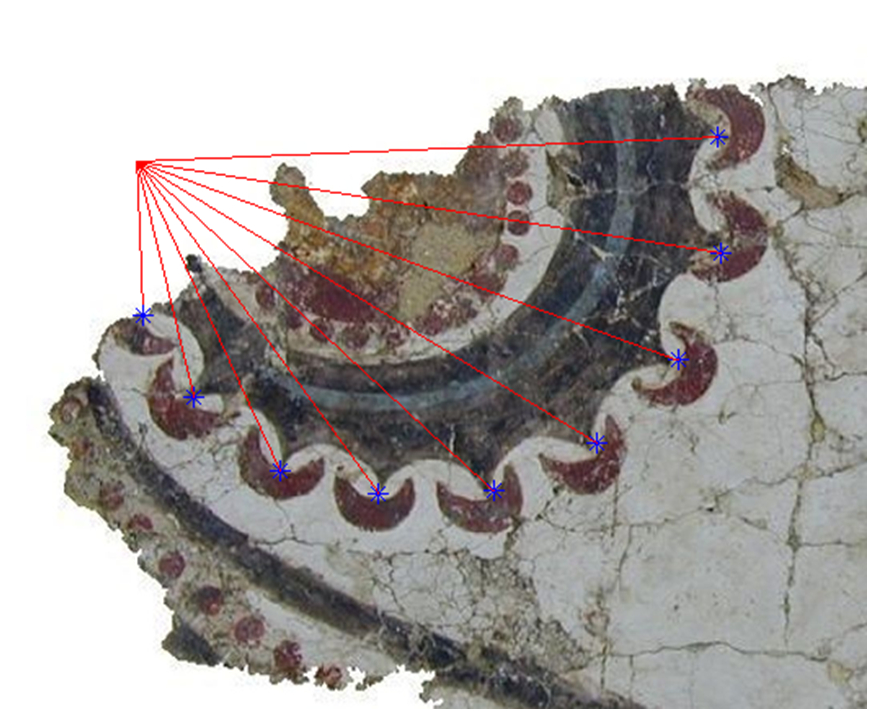 The stability of the contour lines of numerous figures appearing in various wall-paintings not associated with geometric themes suggested the idea that these figures had probably been drawn by means of geometric stencils, too.

We have developed novel, dedicated algorithms for Image Processing, Curve Fitting and Pattern Recognition, in order to test this conjecture. The related analysis manifested that these wall-paintings figures have been drawn by means of the following geometric guides. 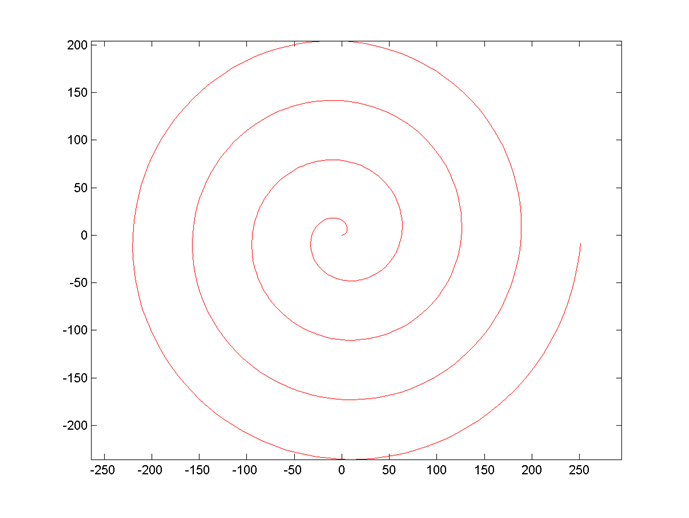 Image 10: A linear (Archimedes) with exactly the very same parameters employed in the drawing of the spirals of Xeste 3. Image 11. Four hyperbolae, which have been used as guides for the drawing of the wall paintings excavated at Acrotiri, so far. The exact parameters of these hyperbolae can be found in [1]. Image 12. Some of the processed wall-paintings. The colour of each curve strictly corresponds to the same geometric prototype. Once more the quality of the approximation is excellent. Image 13. The entire head of the lady had most probably been drawn via the use of a single Archimedes spiral, the same one used for the drawing of the spirals depicted in images 1 to 6. 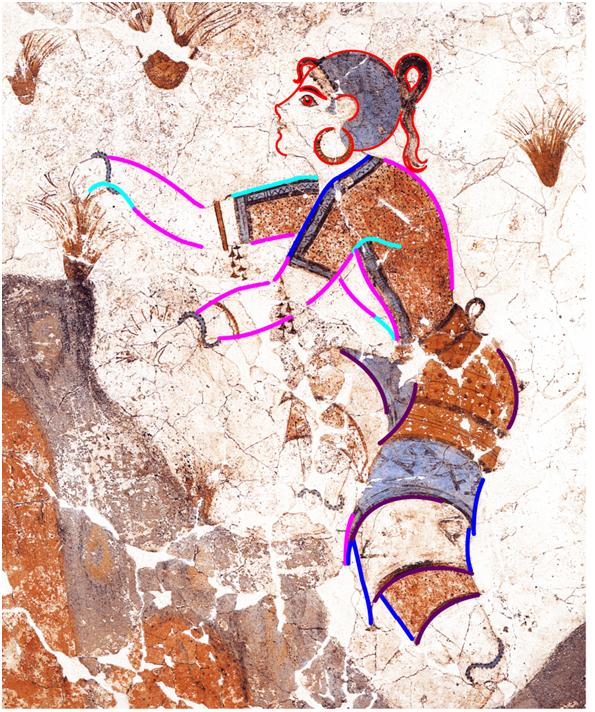 Image 14. All major figures of the wall-painting “Gathering of crocus” had most probably been drawn by means of the aforementioned stencils/guides. The colour convention remains always the same. Image 15. All major figures of the wall-painting “Naked boys” had most probably been drawn by means of the aforementioned stencils/guides. Image 16. Figure appearing in the wall painting “Naked boys”, together with their corresponding stencil parts employed for its drawing. 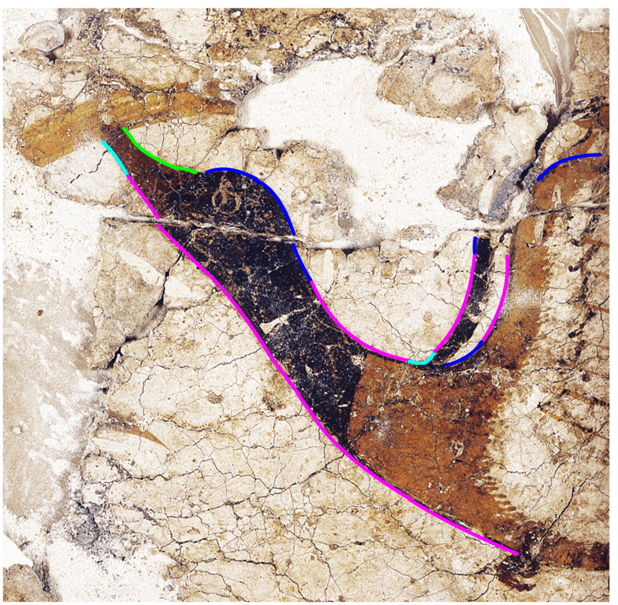 Image 17. The wall-painting “Wild duck” had been also drawn by means of the aforementioned stencils/guides.

The contour of “The Lady of Mycenae” corresponds to 2 hyperbolae and 2 linear spirals in an excellent piece-wise manner. Therefore it is highly probable that this figure had been drawn by means of the guides depicted below. These guides belong to the same class of curves with the ones employed in Thera, but with different parameters, which may been found in [7]. Image 19. The two prototype Archimedes spirals most probably used for the drawing of “The Lady of Mycenae”. Image 20. The two prototype hyperbolae most probably used for the drawing of “The Lady of Mycenae”.

There is always a one-to-one correspondence between curve colours and stencils. Image 23. Hyperbolae and Spiral stencils’ parts probably used for drawing the outlines of “The Lady of Mycenae” body.

The aforementioned results have triggered wide international attention: extensive articles presented the team’s research findings in reputable international journals and magazines, such as Frankfurter Allgemeine Zeitung, The Nature, Spectrum, La Republica, El Pais, The Manila Times, various Norwegian and Hungarian newspapers and many more. In addition, the associated results have been presented in the center fold of greek newspapers, such as Eleftherotypia, Eleftheros Typos, etc.