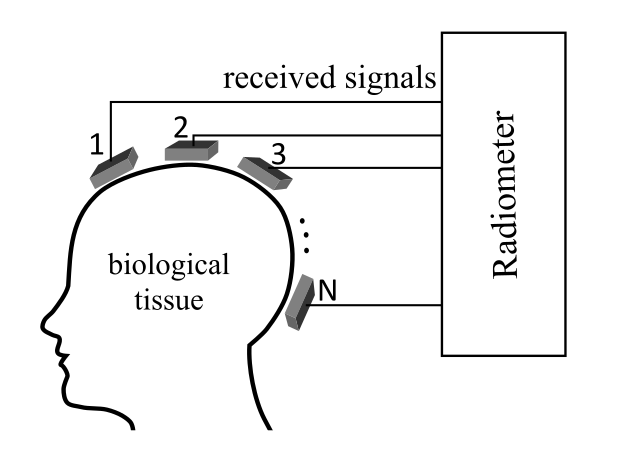 The examination is open to anyone who wishes to attend (Multimedia Room 1, Central Library of NTUA).

Thesis Title: CONTRIBUTION TO THE DEVELOPMENT OF NON-IONIZED RADIATION METHODS FOR CANCER DETECTION AND THE STUDY OF NEUROPHYSIOLOGICAL FUNCTIONS

Abstract: The present PhD thesis focuses on the study, implementation and evaluation of innovative non-invasive ultrasound and microwave imaging systems. The advances in technology enable the development of modern low-cost imaging systems based on non-ionizing radiation for the early detection of cancer as well as for the monitoring and study of neurophysiological functions. In the fight for early detection of cancer, diagnostic imaging systems play a leading role. They are the most important tool available to medical personnel to identify and diagnose possible tumors. In addition, with the use of microwave technology the possibility of a non-invasive study of the neurophysiological functions of the brain is examined. With the rationale and the belief that technology should be fully utilized to upgrade the health care provided, the scope of this thesis was delineated.

The first part of the dissertation focused on the design and development of a prototype ultrasound tomography system of the human breast from reflection data. In order to obtain the reflections, a prototype circuit board was designed and implemented, protecting the receiving circuit from the high voltage drive of the ultrasonic transducers while simultaneously amplifying the weak signal received by the transducers. Subsequently, some acoustic parameters of the gel wax were measured and the latter was examined for its suitability for use as a human breast phantom. The first part of the dissertation was completed with the development and implementation of image reconstruction algorithms for the depiction of breast phantoms. The Radon transform was applied to the reflection data as well as a new image reconstruction algorithm was implemented. The new algorithm was based on the geometric solution of the problem and relates to the topology of the particular system. To achieve better precision of reconstruction, an image optimization process was followed.

In the second part of the dissertation three prototype systems were studied, two of which were microwave radiometry systems for brain monitoring and the third one was a microwave tomography system for breast cancer detection. For the first microwave radiometry system the spatial sensitivity of the system and the detection depth in the brain were studied using various dielectric materials at different frequencies to improve the matching of air to the human head. The second microwave radiometry system is an improved version of the first system, being more compact, portable and low cost. Computer simulations, brain phantom experiments and in vivo measurements were performed to determine the new system’s capabilities and to examine its functionality. Finally, the possibility of detecting cancerous tumors in an anatomically realistic breast model with a microwave tomography system with elliptical co-planar antennas in a circular configuration around the breast was examined.