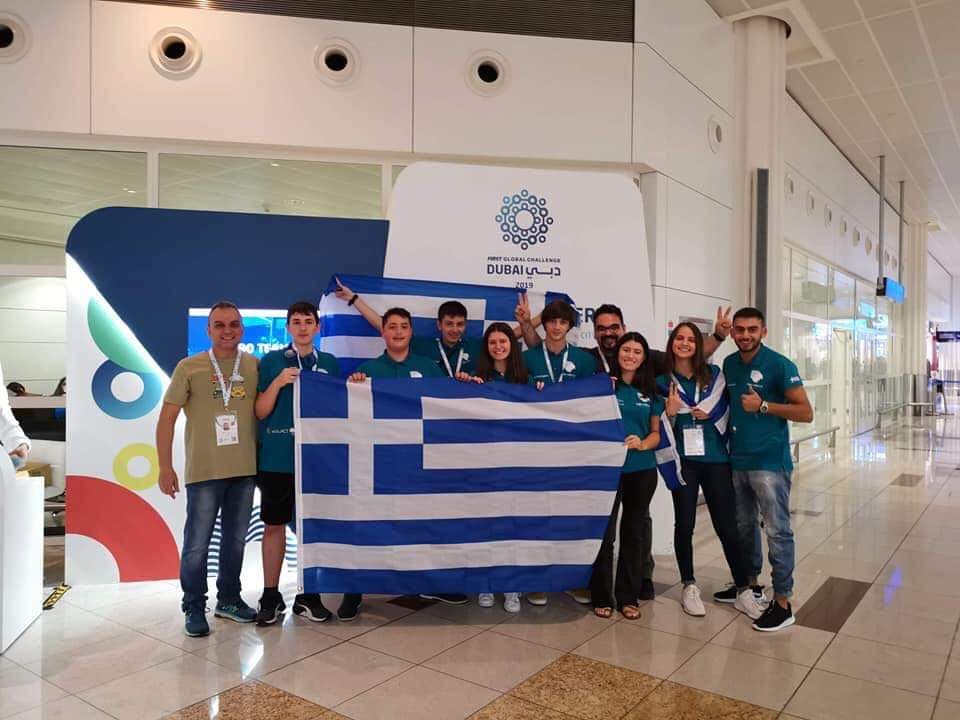 The Greek National Robotics Team “FIRST GLOBAL Challenge Team Greece» represented Greece in 2019 FIRST GLOBAL Challenge, held in Dubai, United Arab Emirates, on October 24-27, 2019. This is only the second year that Greece was represented officially in this competition. The Greek team ranked 6th out of 192 countries worldwide and won the Bronze Medal “Zhang Heng Award for Engineering Design”. It is one of several awards given out at the competition, each with a gold, silver and bronze designation.

The FIRST Global Challenge invites each country to send a team to compete in robotics “Olympics” and takes place in a different nation each year. This year’s challenge was “Ocean Opportunities” in order to educate ourselves and take action to preserve our oceans and wildlife.

The winning Greek team created a robot “Poseidon” that picked up and stored small and large balls symbolizing micro and macro pollutants in the ocean, ultimately simulating the cleaning of a polluted ocean field. While each nation is responsible for keeping its own shoreline clear of pollutants, they must join forces to protect the ocean. The only way to take on this challenge is for nations to work together towards this common goal. So, the countries teamed up in alliances of 3, randomly for each round, and competed in 9 3v3 matches, in which the Greek robot “Poseidon” (show in pictures in 3D design program) managed to win 8 out of 9 matches. Furthermore, the Greek team presented their research on ocean pollution and specifically the pollution affecting the Greek seas.

The Greek team consists of 22 students and 3 coaches; Tassos Kollias (PhD NKUA), Dimitrios Tsatrafilis (Technical Advisor) and Nefeli Panagiota Tzavara (ECE-NTUA undergraduate student). It is worth noting that the School of ECE-NTUA encourages students to become mentors and participate in outreach activities, as mentoring in general can be a very rewarding experience. 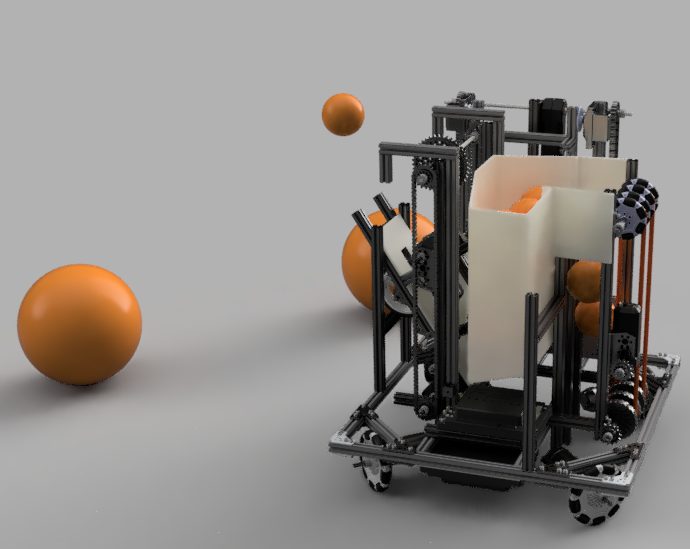 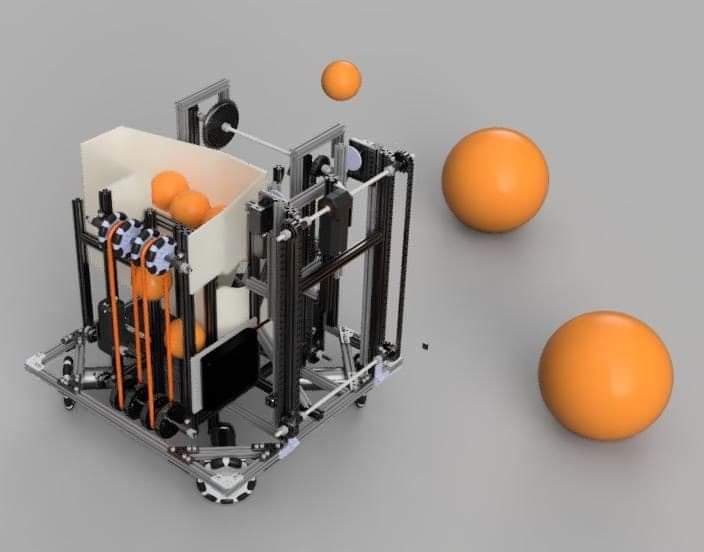 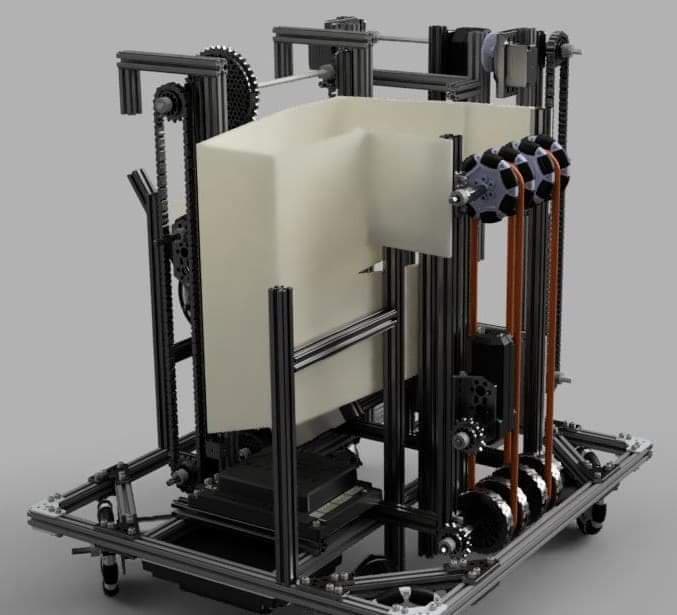 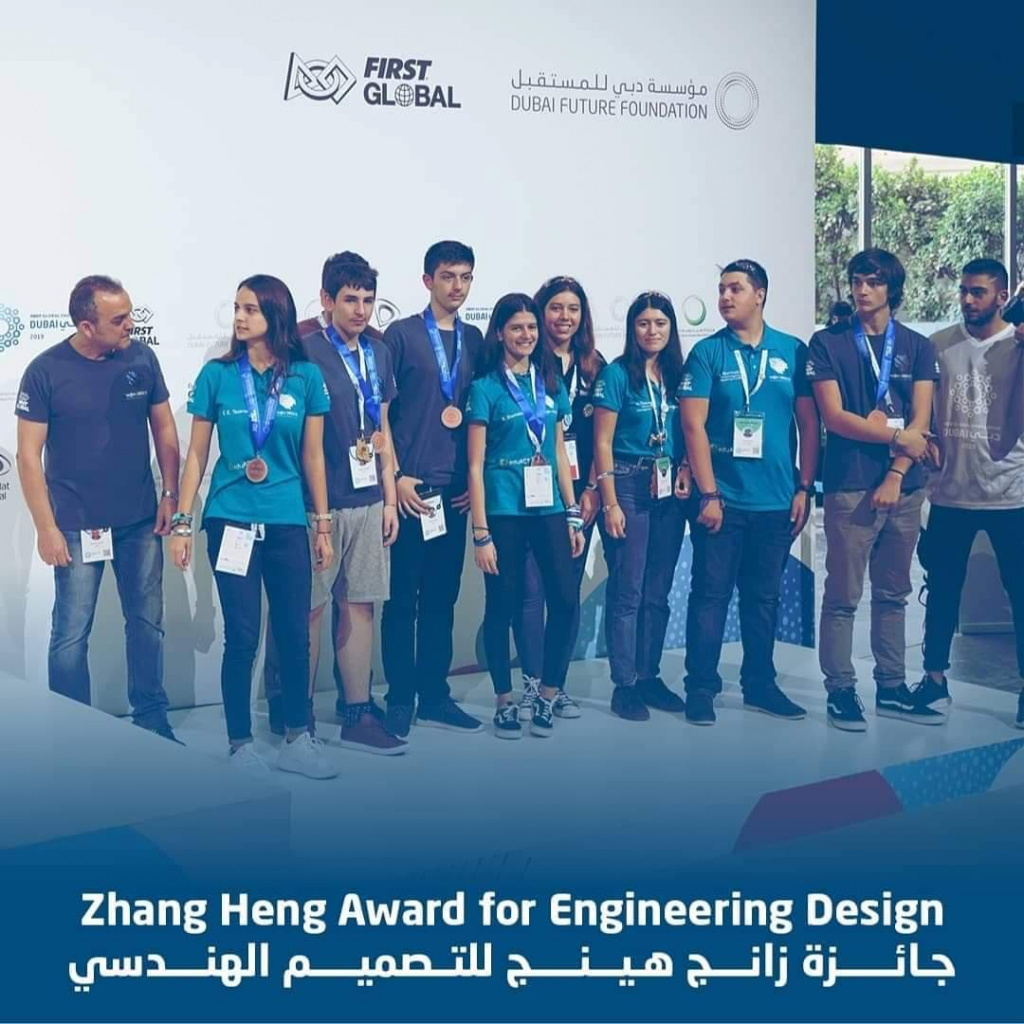 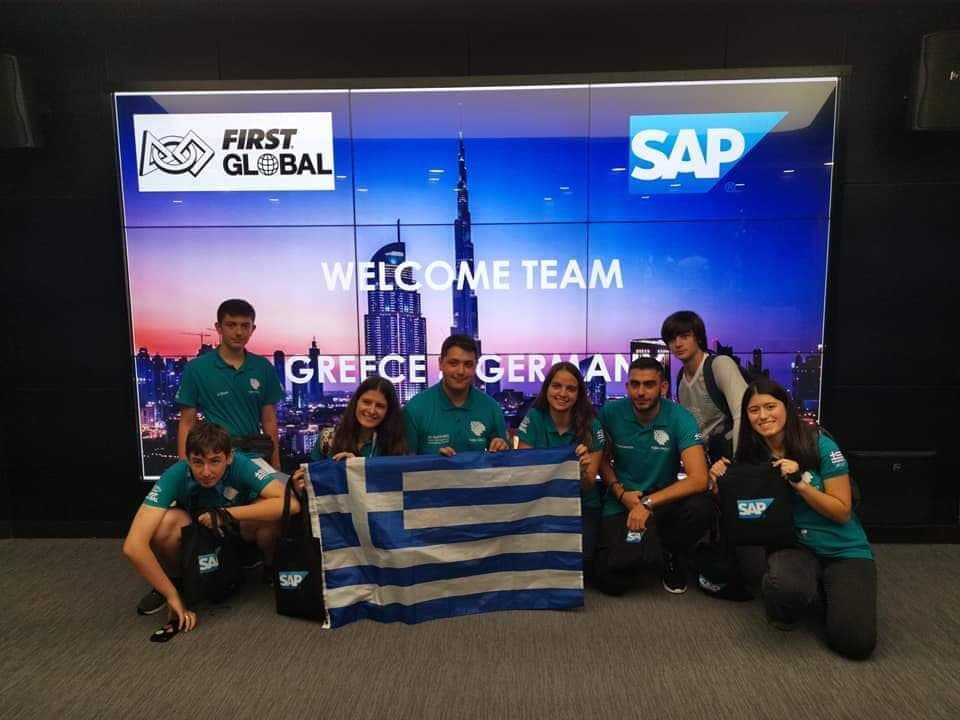 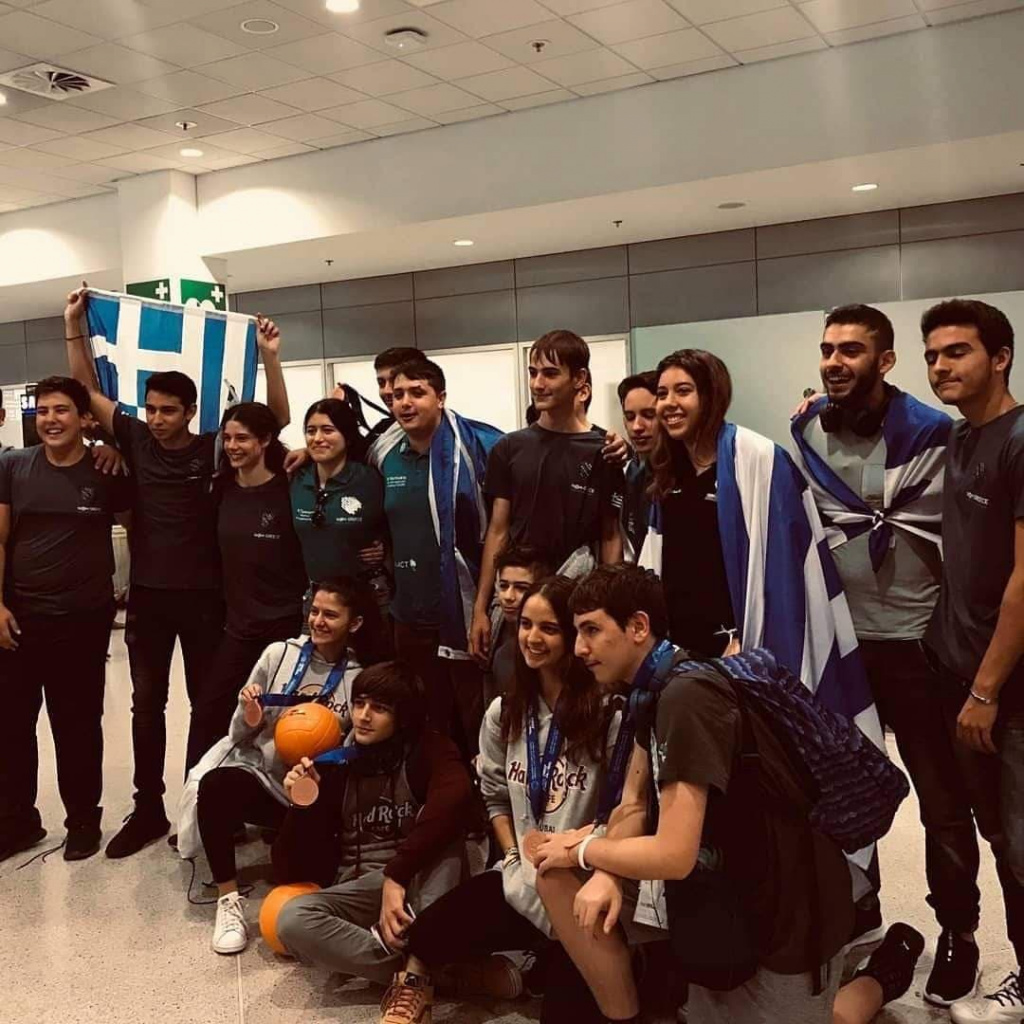