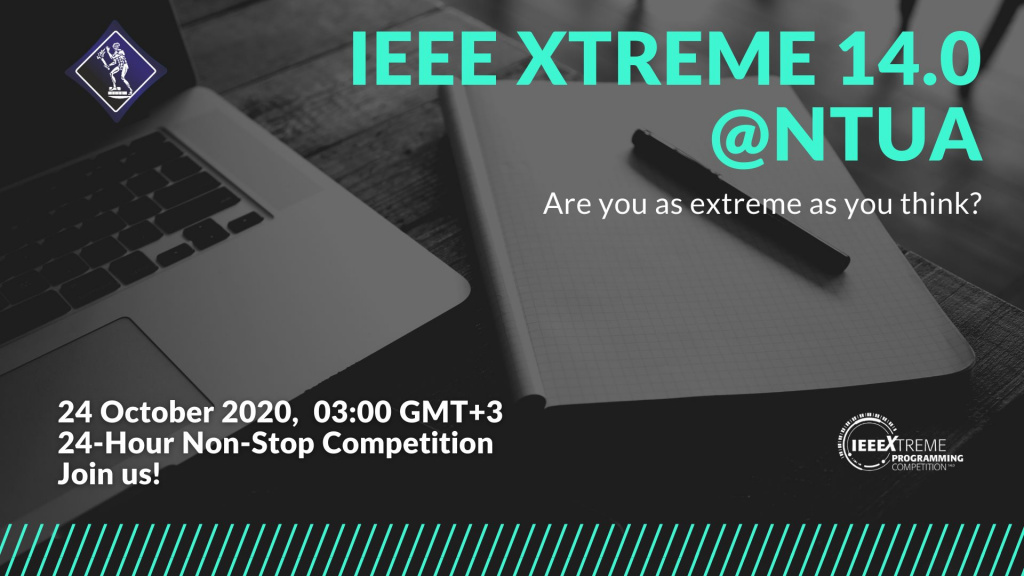 The School of Electrical and Computer Engineering of the NTUA enjoyed broad participation in the IEEEXtreme 14.0 Competiton.

Due to the COVID-19 outbreak, this year’s competition was held online and therefore no local hub was organized as in previous years. The School of ECE-NTUA in collaboration with the IEEE NTUA Student Branch and the IEEE Greece Section, stood by the participants, raising coffee and food delivery sponsorships and organizing two online pieces of training with the help of “Algoholics” team to get every student ready for the challenge.

Prof. Nectarios Koziris, Dean of ECE-NTUA, said “I‘ve enjoyed following this year’s competition as a proctor. Despite the difficulties due to the pandemic, I am proud and thankful to see our students collaborate and excel. Our teams were ranked among the top in the world. One team from NTUA is in the top 20 (ranked 17th) among over 4000 teams. I would like to congratulate all the participating students.”