In October 2016, two NTUA students-members of the team living in the New NTUA Residence Halls, took an initiative. Noticing on the one hand the interest of the academic community in chess, but on the other hand the absence of any related activities, they decided to form a club in the New Residence Halls. The Le Roi - NTUA Chess Club started its operation by holding weekly meetings and chess lessons, while in December 2016 the Organizing Committee organized the 1st NTUA Chess Tournament in the New Residence Halls. Thirty-two players participated in the swiss-system tournament and Markos Vlachos, student of the NTUA School of Architecture, won the championship. 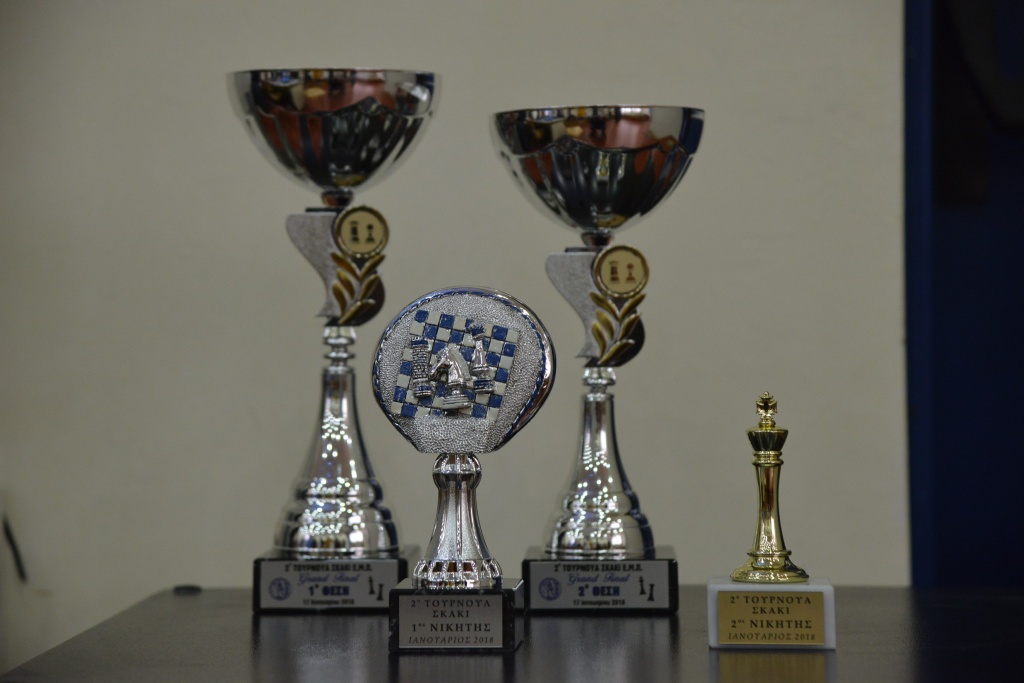 The success of the 1st Tournament motivated them to expand their visions, by moving in to the NTUA Central Library and holding once again chess lessons in spring 2017. They directed an open call to students with chess skills, who would be interested in undertaking the running of a series of chess lessons as volunteers. They also encouraged the student community to participate in the series. Both the calls were met with significant support.

With the arrival of November 2017, the Organizing Committee got expanded and decided to pursue better cooperation with the administrative authorities of NTUA and any outside bodies for the purpose of organizing the 2nd NTUA Chess Tournament. The goal was to take advantage of the university halls and equipment, which in recent years had been mainly unused, in order to bring NTUA students closer through chess. It was with great pleasure that the NTUA Central Library accepted to host the 2nd Tournament in its building, while also the Culture and Sports public law entity of the Zografou municipality helped the Organizing Committee to a great extent by providing them with chess sets.

The Organizing Committee also desired to incorporate some ideas which could be possibly considered innovative for a tournament of this range. One of those was the creation of an online database where they would upload every rapid game of the tournament, so that anybody would be able to examine the games of each round. Another one was the adoption of several statistical categories, like the highest quality match or the most correct player, which were published after the end of each round and for which they used a specific algorithmic system.

The tournament qualification round started on Saturday, November 25, 2017 with 48 participants and continuing with knock-out matches every Saturday, and ended up with the two finalists who would compete for the championship.

The Grand Final of the 2nd NTUA Chess Tournament was held at the Lecture Hall 1 of the School of Electrical and Computer Engineering of NTUA on Wednesday, January 17, 2018. 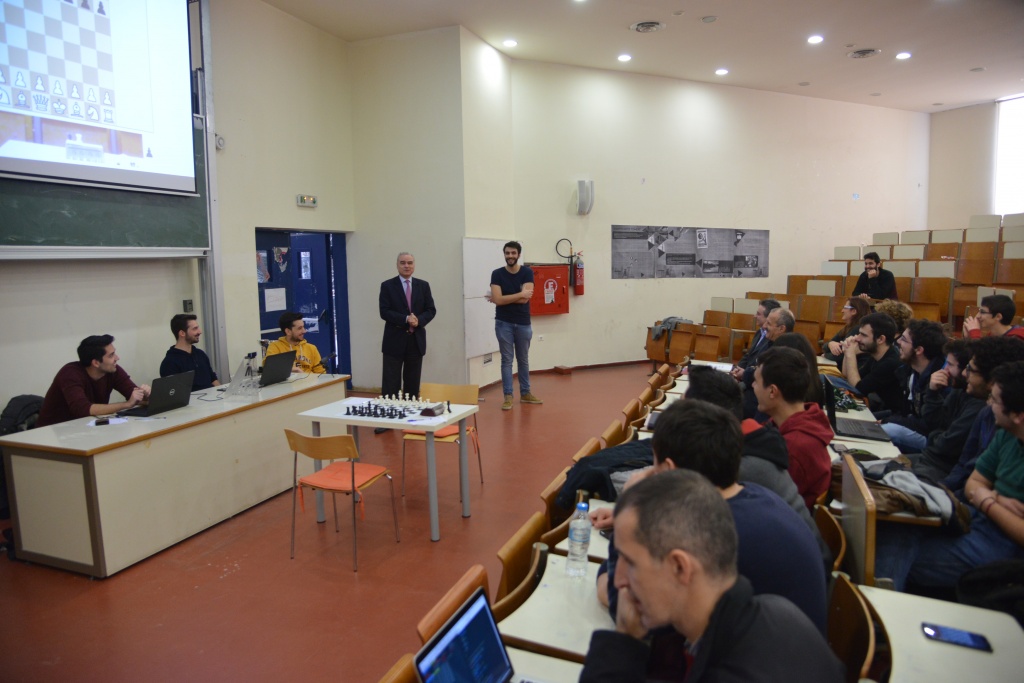 The Organizing Committee of the Le Roi - NTUA Chess Club managed, with the help of the Dean of the School ECE NTUA, to present a laudable event both organizationally and technically, since the final was broadcasted online with live footage and live transmission of the games through a chess web platform. The honorable presence of the University administrative authorities, of the students who attended the event, and the quality of the games between the two finalists as well, brought an ideal completion to the tournament and encouraged the Organizing Committee to keep going. 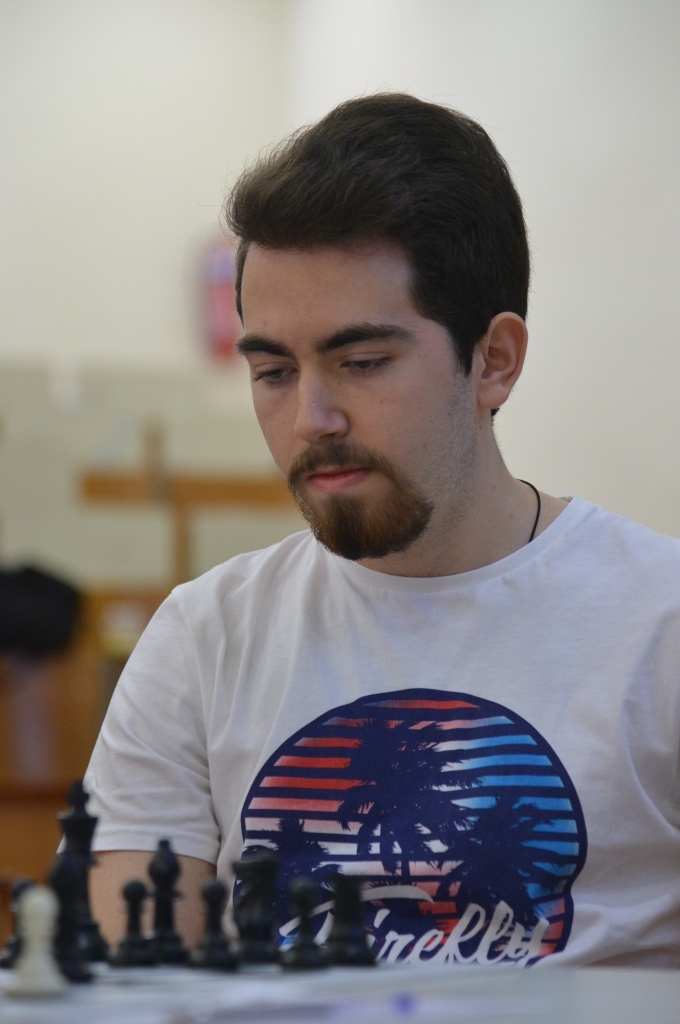 Anastasis Koukas, student of the School of Electrical and Computer Engineering, was named winner of the final and champion of the tournament for the academic year 2017-2018, whereas Konstantinos Mourogiannis, student of the same School of NTUA, occupied the 2nd place and was named runner-up. Initially there was a 1-1 tie between the two players in the rapid games, but eventually Anastasis Koukas won the title with a 2-0 victory (3-1 on aggregate) on the blitz games. 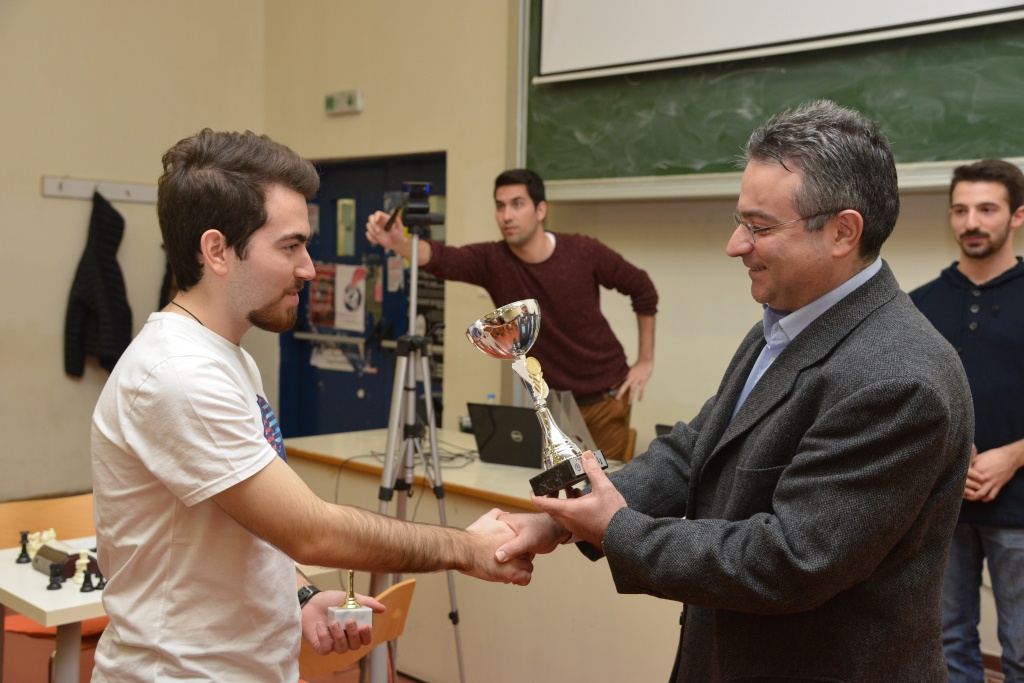 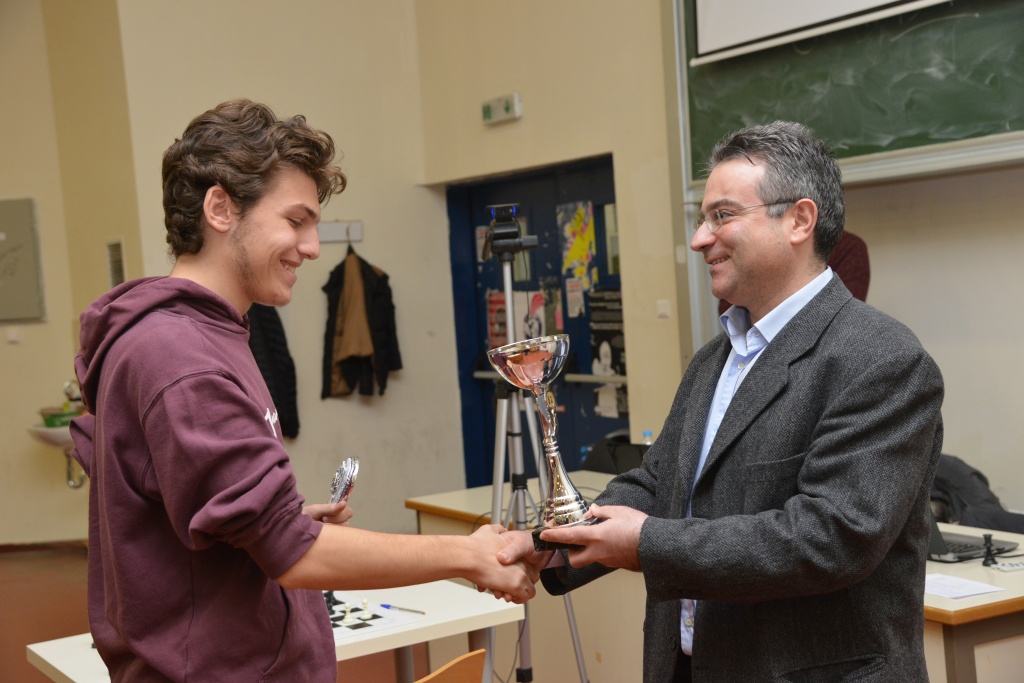