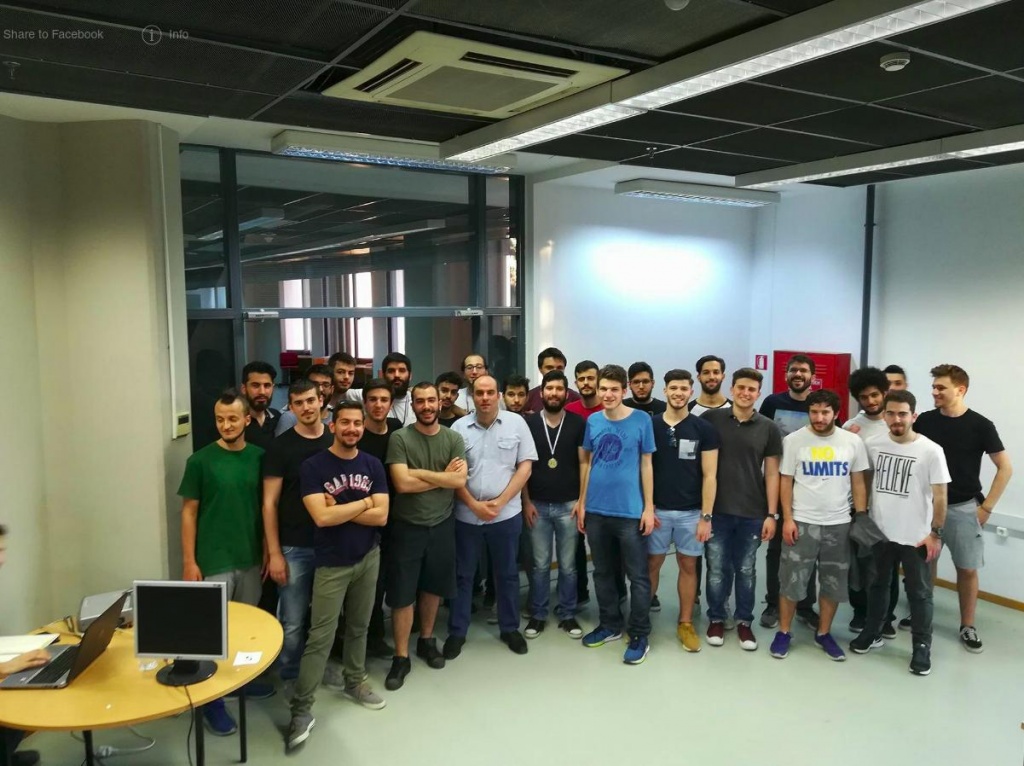 On Wednesday, May 2nd, 2018 the NTUA Central Library hosted the 1st NTUA Blitz
Chess Arena. The tournament was an experimental adaptation of the online Blitz Arena in
the real world, for the first time.

Sixty players participated in the event, 40 of which were NTUA students. However,
there were also participations from students of other universities, players of greater age, as
well as children of elementary and primary school that are involved in chess and belong to
chess clubs. The players had the chance to play consecutive blitz games (3’+2” time control)
for one and a half hour, with minimum waiting time and smart matching with opponents of
similar length, through software that was developed by the team for the tournament’s
purposes. Due to the tournament’s nature, the players had quite a few intense moments and
true battles on the chessboard occurred, especially as time went by. 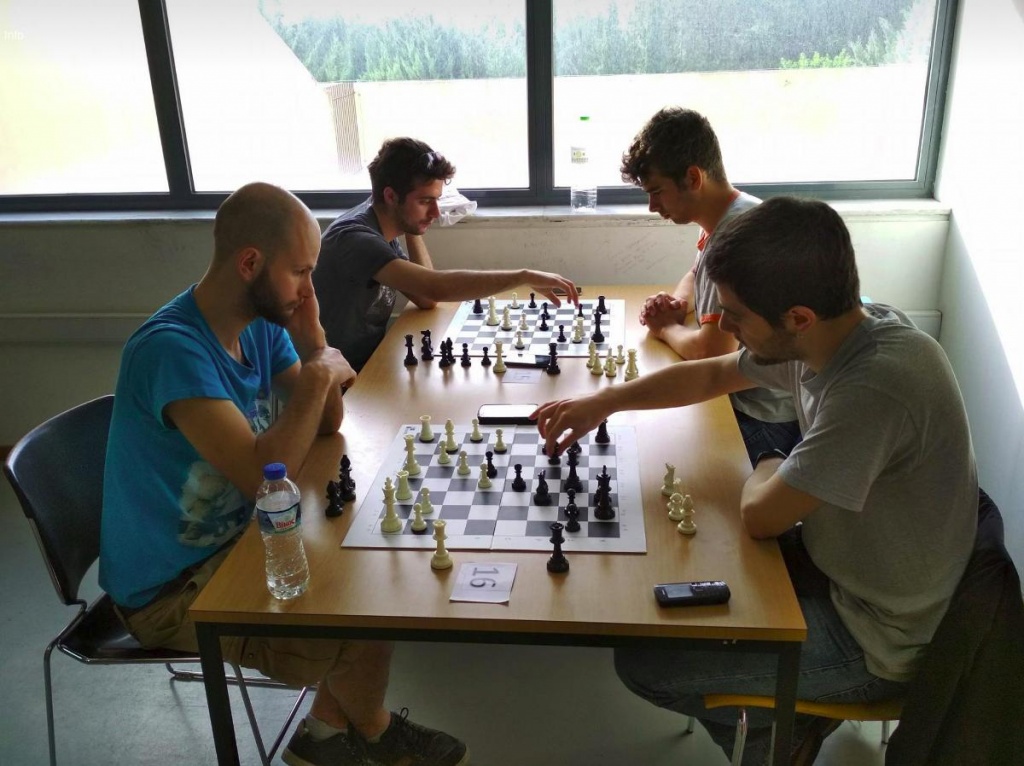 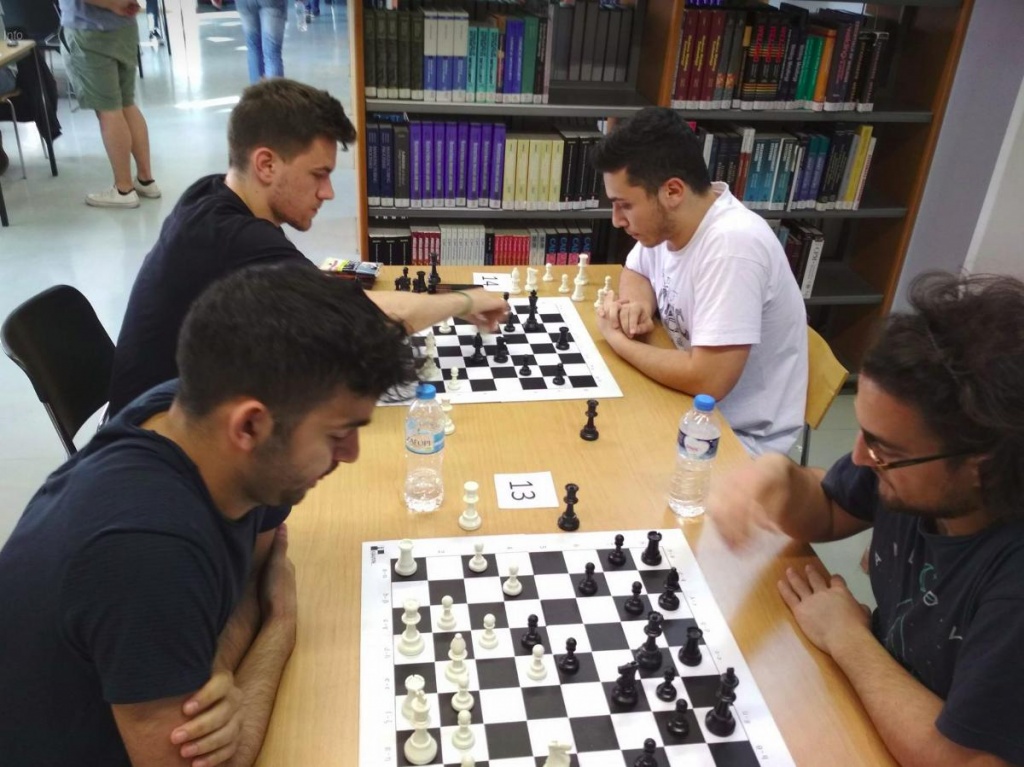 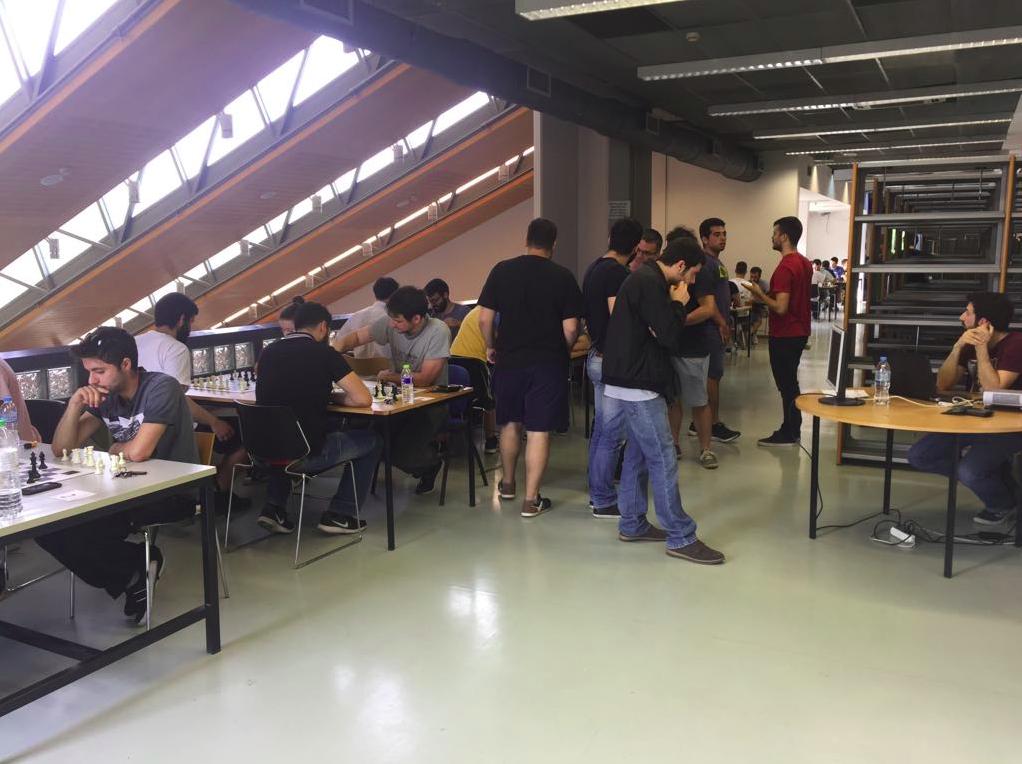 Giorgos Kalogridakis, student of the NTUA School of Naval Architecture & Marine
Engineering was named winner of the tournament and came first with 25 points in total. The
2nd place was occupied by Iakovos Santorinaios, student of the NTUA School of Applied
Mathematical & Physical Sciences, who gathered 23 points. Finally, Odysseas Bouboulis,
student of another university, won the 3rd prize with 22 points. The top three players were
awarded in gold, silver and bronze medals. 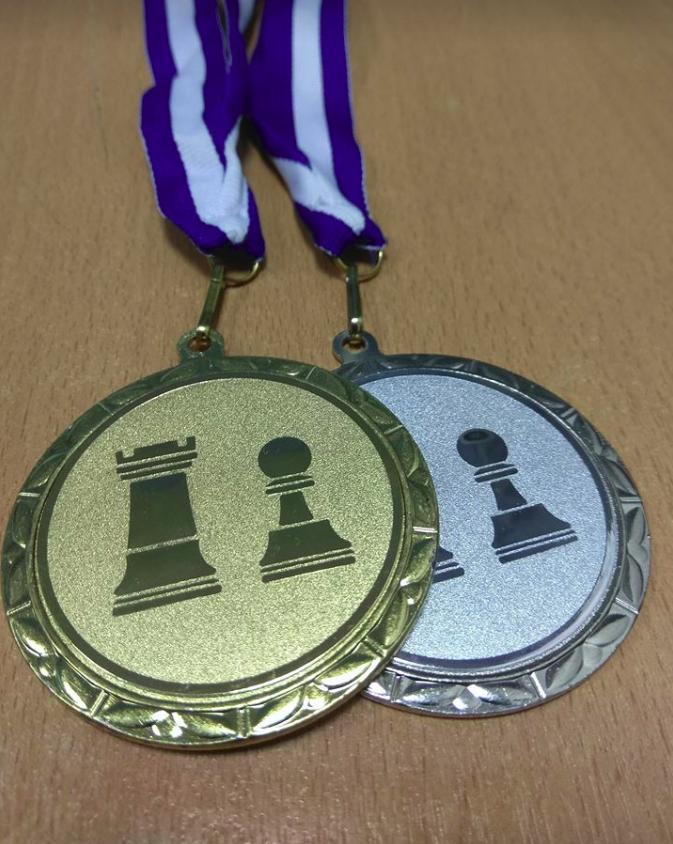 The Chess Team would like to thank the NTUA Central Library for hosting the
tournament in its building, the Sports & Civilization public law entity of Zografou
municipality for granting us the chess equipment and the NTUA School of Electrical &
Computer Engineering for granting us the technical equipment.

Also, the students that helped voluntarily during the tournament, all the players that
participated and cooperated in order for the tournament to run smoothly, as well as all the
attendees. We hope to see you in our next events! 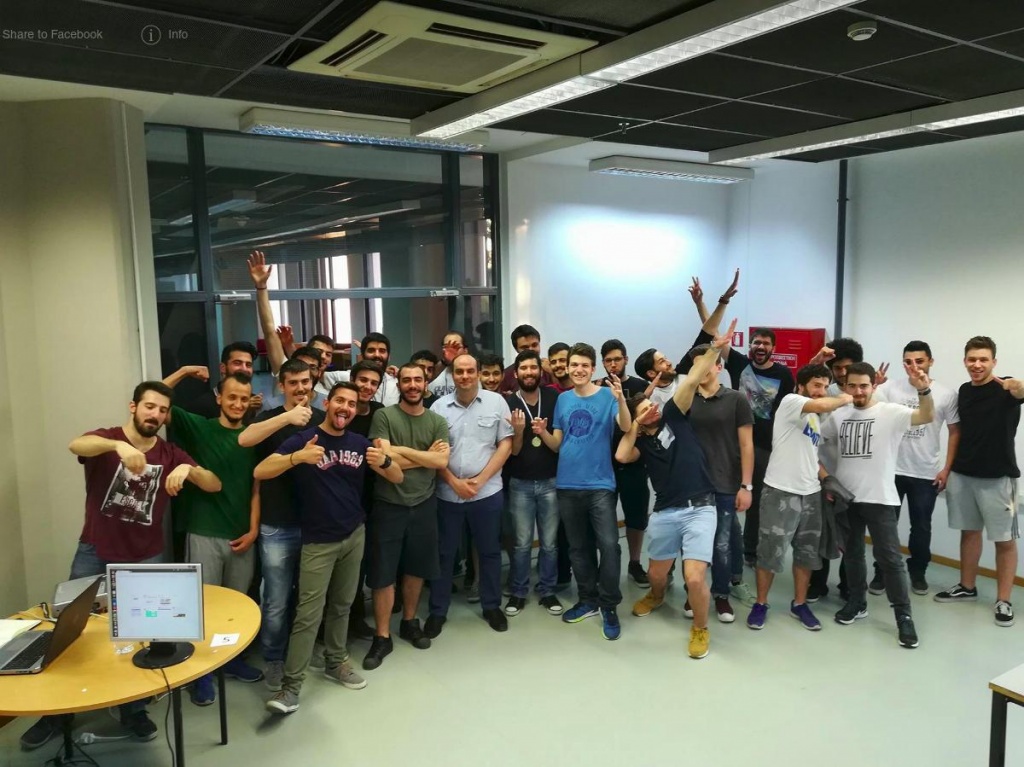