This technical proposal is the latest scientific achievement of the Wireless and Long Distance Communication Laboratory (WLDCL) of the School of ECE of the NTUA with Prof. C. Capsalis as scientific advisor and Dr. C. Nikolopoulos as prime investigator. It outlines the research prerequisites, as well as, the technical approach for the definition and development of credible Modeling Methods for Electro-Magnetic Compatibility and Cleanliness purposes of space mission’s critical equipment.

The target of these modeling methods is to identify potential electromagnetic cleanliness and compatibility problems of the spacecraft harnesses and equipment in the early design stages and guide the mission definition and later design phases.

As the payload of every scientific mission consists of a large number of different instruments to measure electromagnetic fields and particle populations in space plasma, these instruments are necessarily sensitive to magnetic and electric fields that are produced by the spacecraft’s onboard equipment, units as well as harnesses. This implies stringent electromagnetic cleanliness requirements. 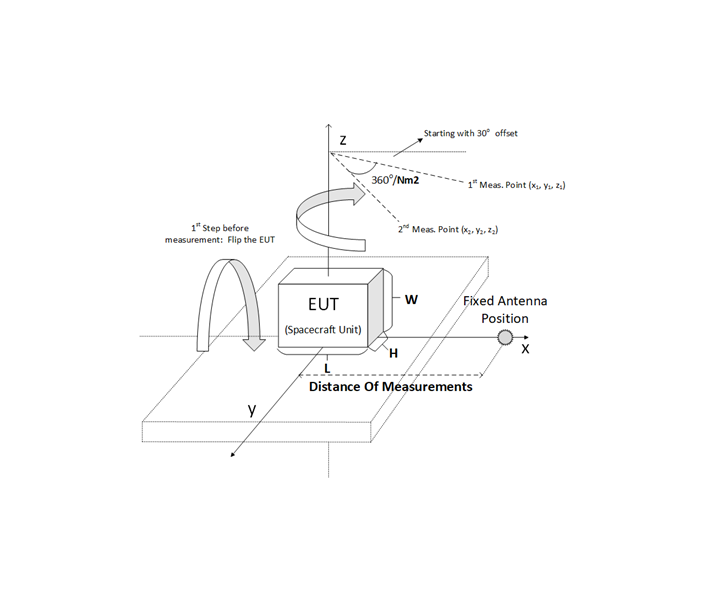 In the frame of this project, radiated as well as conducted emission of the extracted analytical model will be compared against the corresponding emissions of a full 3d model as well as the results of a measurement campaign. This way each model will be complemented by the other, reducing the shortcomings of each, and combined can provide a unified framework for the characterization and modeling of both conducted and radiated emissions of the physical layer of the SpaceWire link.

The proposed project addresses the important issue of understanding and accurate modeling of possible emissions as well as the phenomena resulting to these emissions. This is highly important for assessing of the Electromagnetic Compatibility during the definition, design and development phases of a space mission lifecycle.