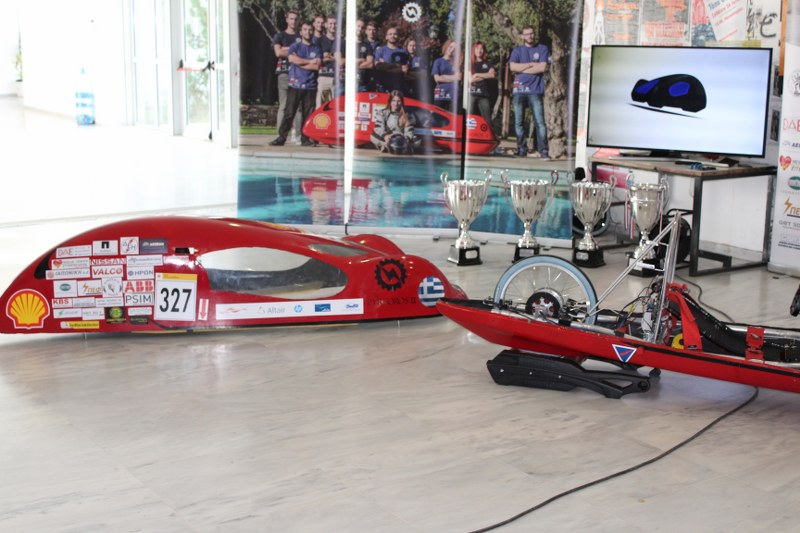 The «Prometheus» team presented the results of their participation in the European Energy Saving Competition Shell Eco-Marathon 2018 on Tuesday, October 2, 2018, at Amphitheater 4 of the School of Electrical and Computer Engineering of the NTUA.

The event was initiated by the Dean of the ECE-NTUA School, Prof. N. Koziris, who congratulated the team for the award obtained and analyzed the importance of these initiatives for the promotion of the School and the Institution. 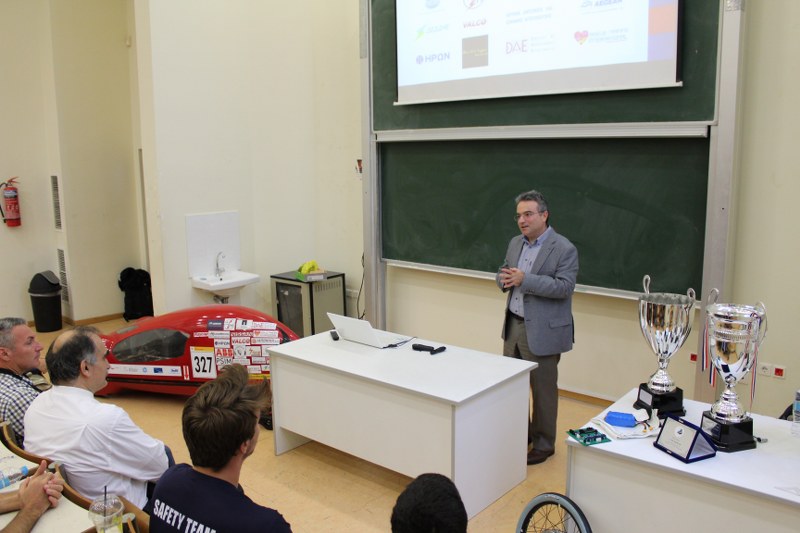 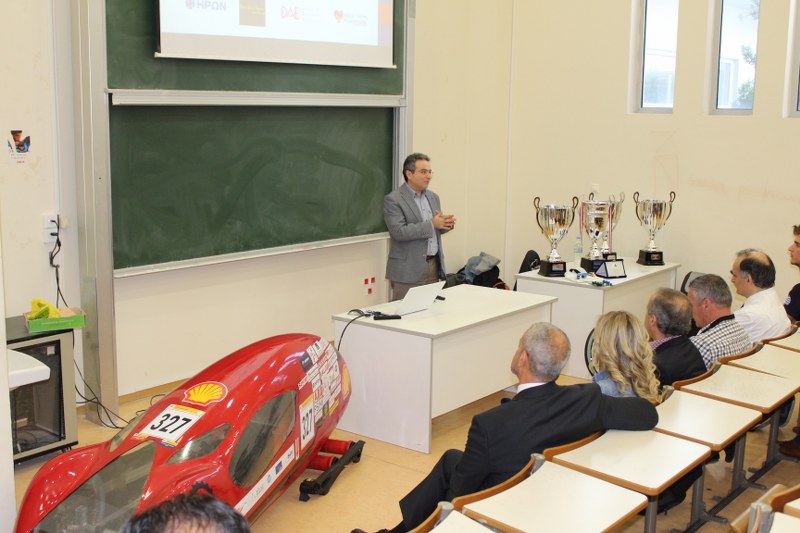 It was attended by the Director of the Division of Electric Power Prof. C. Vournas, the CEO of NISSAN Mr. T. Theocharakis as well as the Marketing Director Mr. A. Bafas, Mr. N. Laliotis from APEP, Mr. P. Gologiannis from DAE, Mr. G. Ageridis from CRES and numerous students and other attendees.

“Prometheus” research team is composed of volunteer students of the School of Electrical and Computer Engineering of the NTUA, and has participated for the tenth consecutive year in the Prototype Battery Electric category of the European Shell Eco-Marathon 2018 - Fuel Economy Competition, held in London on 5-8 July and sponsored by the European Commission. 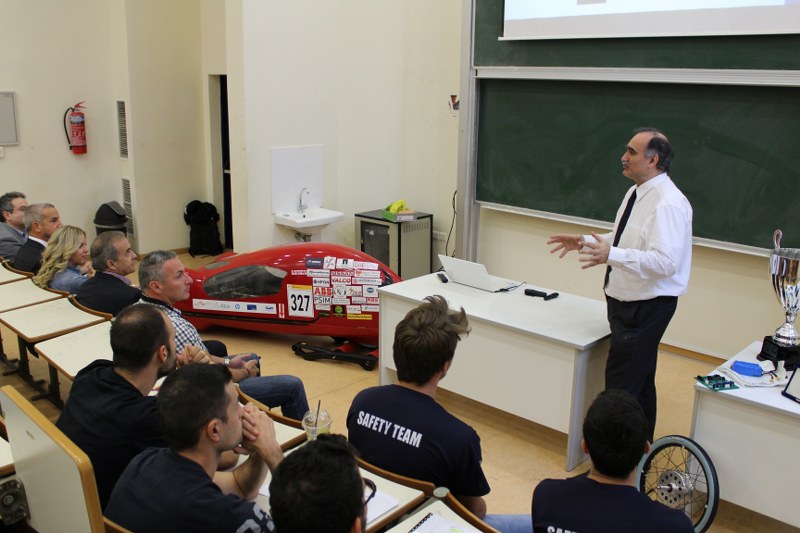 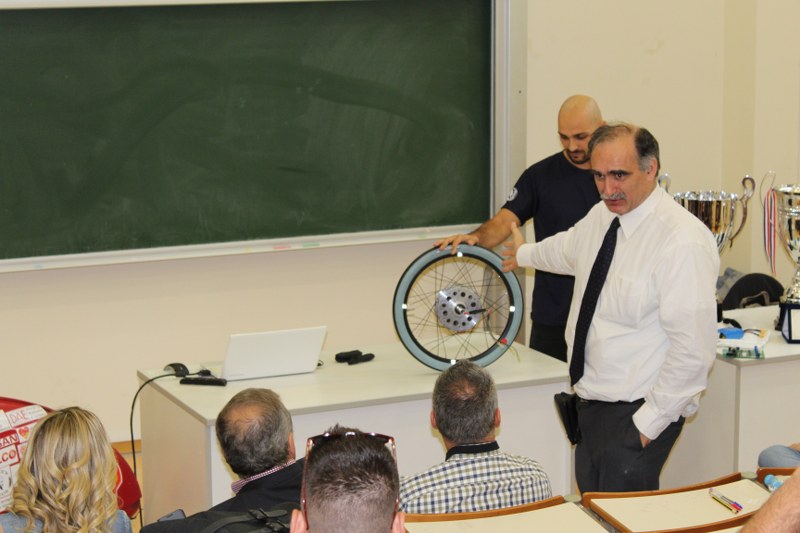 During the competition, the team has been awarded the "Safety Award" among 200 European student participating groups from 28 countries. Specifically, the team developed an integral comprehensive risk management system in a progressive and innovative way which comprised both actions of in-car security and interaction with the off-track team. 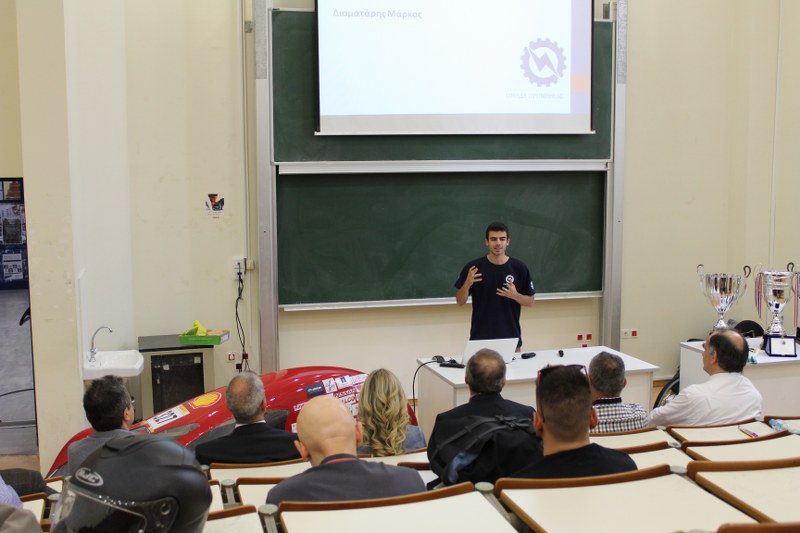 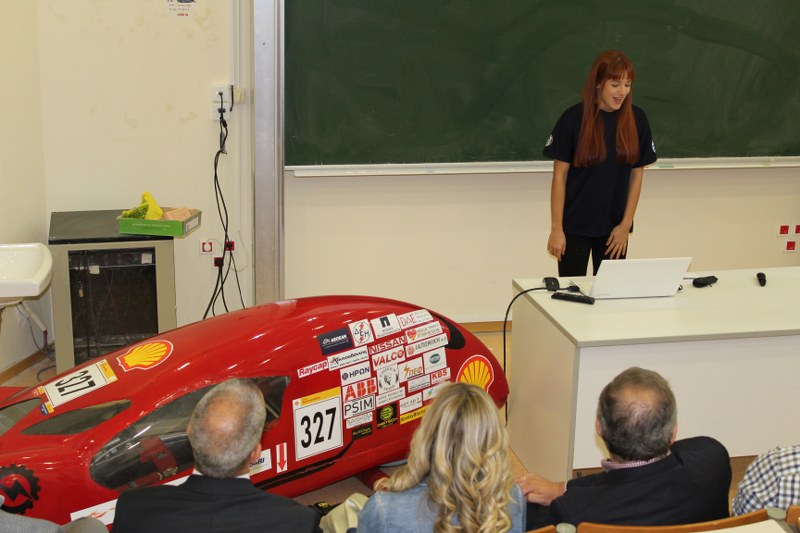 The system included an appropriate chassis design concept, enhancements of driver uniform by using advanced materials, as well as driver tracking through biometric sensors and camera enabling assessment of his physical condition. The design and construction of a particular telemetry system have equally played an important role by providing data accessible to both the driver and the rest of the team, during the races and communicating information that helped to improve the driving behavior. In addition, a particular enhancement of the overall safety was achieved, by a team of three people that had attended first aid seminars, and was ready to intervene in case of an accident. Furthermore, the team exchanged useful information with other teams that participated in the competition. 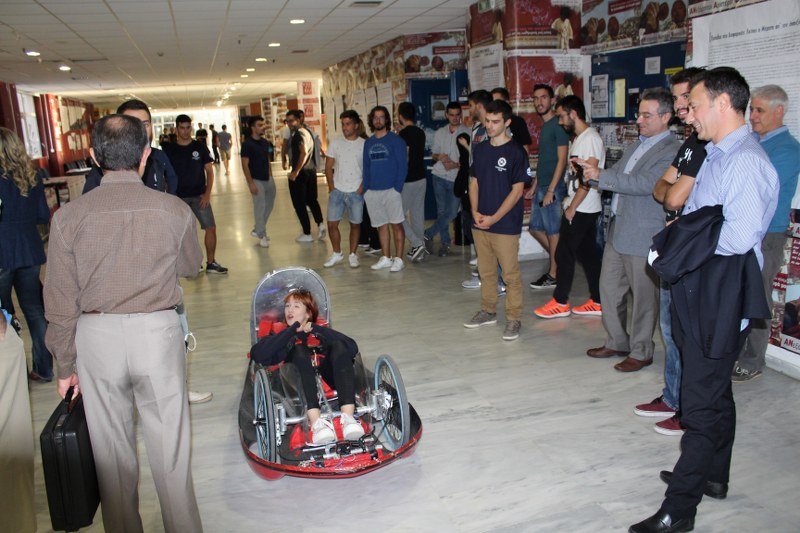