For the 3rd consecutive year, Le Roi-NTUA Chess Club organized the annual NTUA Chess Tournament in cooperation with the NTUA Central Library and the School of Electrical and Computer Engineering of the NTUA.

The interest of the student community stayed firm, by attracting students from both in and out of the University and aggregating 84 applications in total.

The matches were held at the NTUA Central Library every Saturday, starting from November 3rd. The players were matched in pairs and played rapid, blitz and Armageddon games until a winner was declared that would qualify for the next round. After many strong encounters, the two finalists were decided; Grigoris Drakoulakos from the School of Mechanical Engineering (NTUA) and Giorgos Kalogridakis from the School of Naval Architecture & Marine Engineering (NTUA). The result was not accidental since both players are experienced in the sport, having participated in World Youth Olympiads and excelled in Greek championships.

The Grand Final was held at the Amphitheater 1 of the School of Electrical and Computer Engineering of the NTUA on Tuesday, December 18th, 2018 and was open to the public. The event was greeted by the NTUA Rector, Prof. Ioannis Golias, and the Principal of the Central Library, Stavroula Kouri. The matches were broadcasted online with live imagery and live transmission of the games through a chess web platform. After five challenging games that showcased the talent and the potential of the finalists, Grigoris Drakoulakos was named 2018–19 NTUA champion, with Giorgos Kalogridakis occupying the 2nd place. The two players were initially tied with a 1-1 score at the two rapid games, again tied with 1-1 at the two blitz games, and the win was eventually decided at the last Armageddon game. The Dean of the ECE-NTUA School, Prof. Nectarios Koziris, attended the Grand Final and awarded the finalists with the trophies. 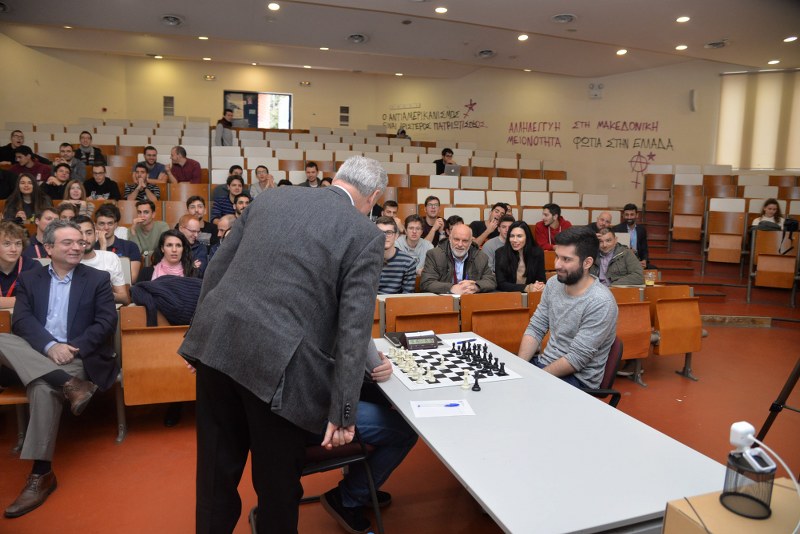 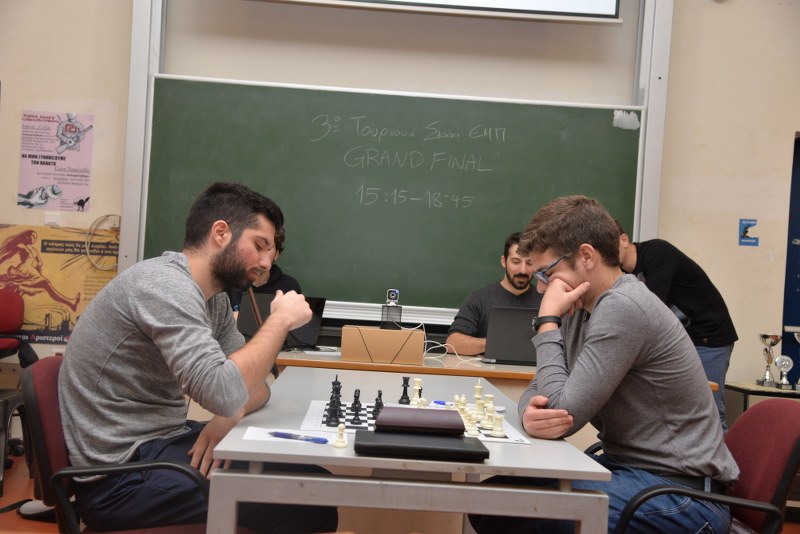 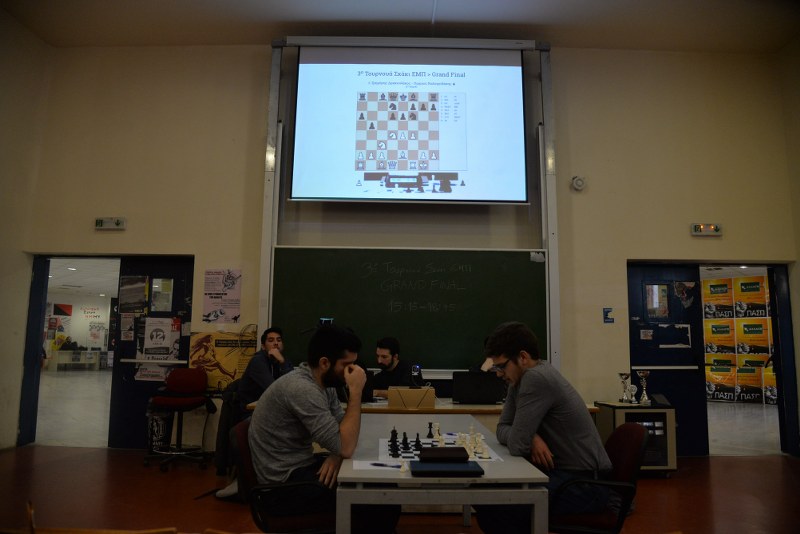 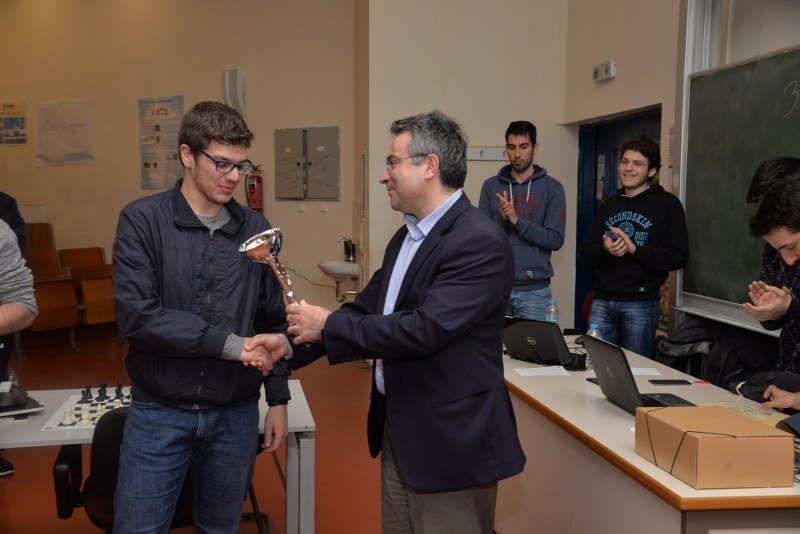 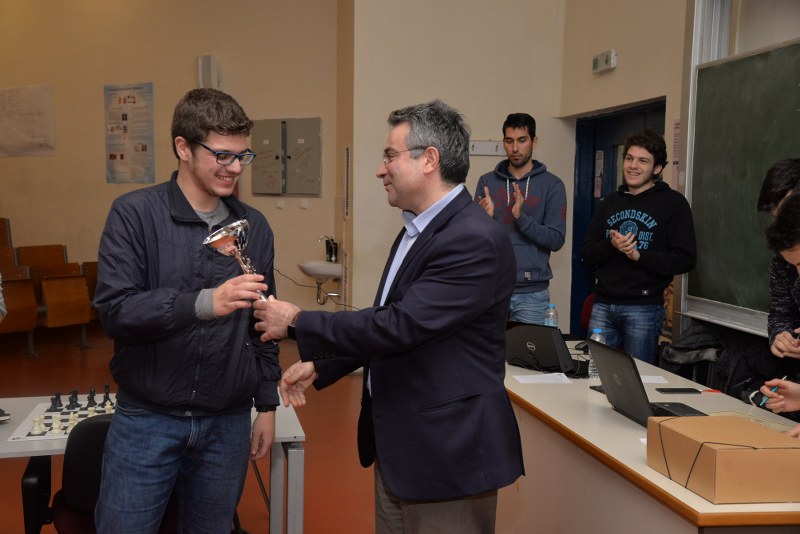 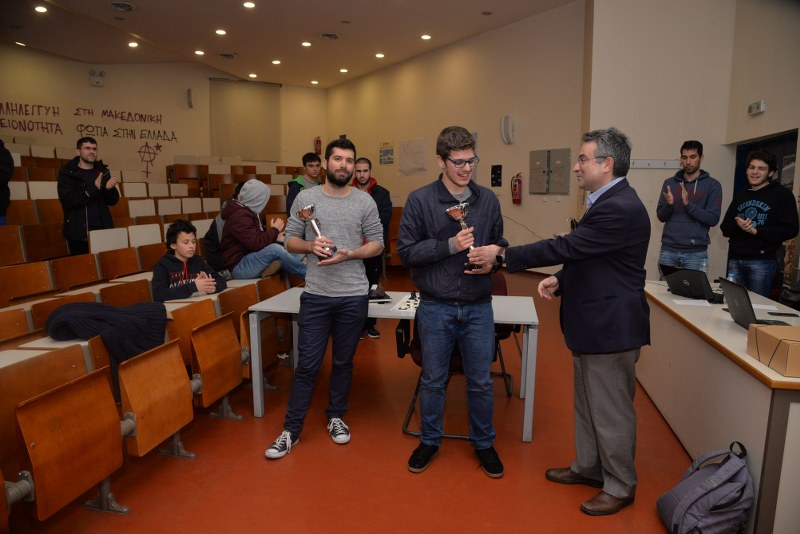 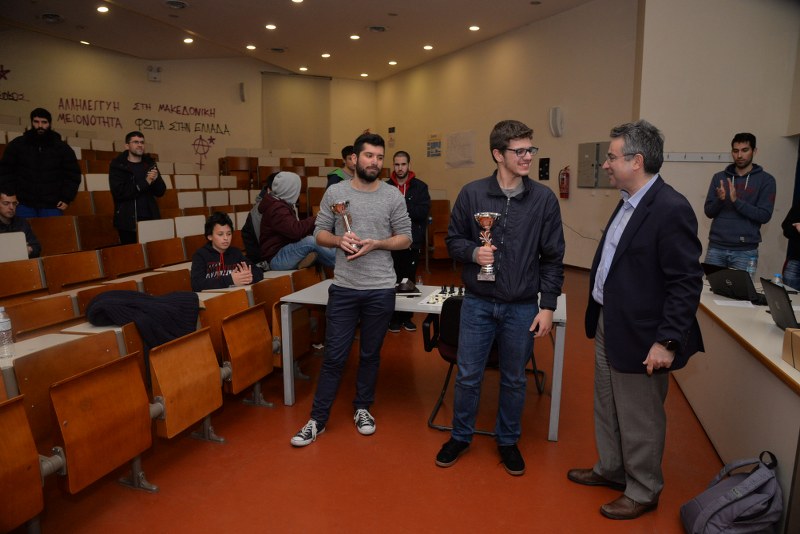 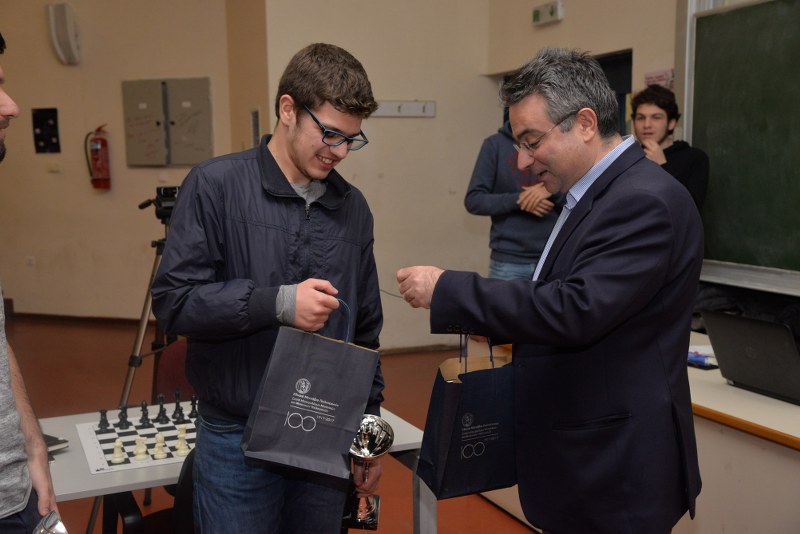 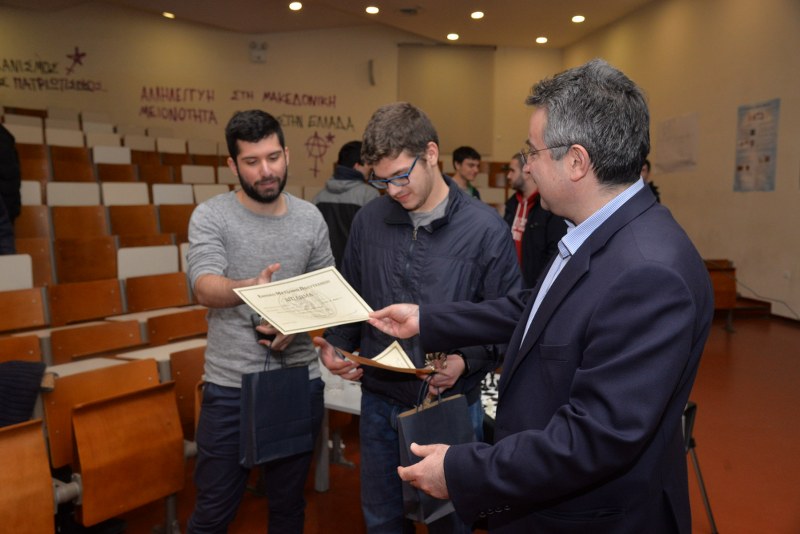