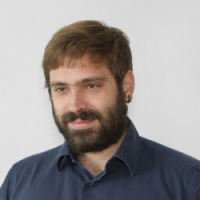 Data Artisans, a Berlin-based startup, was founded in 2014 by Kostas Tzoumas and Stephen Ewen and provides distributed systems and large-scale data streaming services to enterprises.

“Especially at times when many open source technologies and companies decide on a less collaborative and more “closed” approach, it is with great pleasure to see Alibaba committed to open source and our mission, eager to take Flink’s technological advancement to the next level,” Tzoumas and Ewen wrote in the announcement blog post.

Kostas Tzoumas graduated from the School of Electrical and Computer Engineering NTUA in 2007 and then he received his PhD in Computer Science from Aalborg Universitet in Denmark.

Another ECE-NTUA graduate, Konstantinos Kloudas works as Software Engineer at Data Artisans. Konstantinos graduated from our School in 2009 and then he obtained a PhD in Computer Science from Inria, in France.

The startup offers its own dA Platform, with open source Apache Flink and Application Manager, to enterprise customers that include Netflix, ING, Uber Lyft and Alibaba.

Netflix is ​​using the platform developed by Data Artisans to deliver content suggestions to its subscribers, which means trillions of events each day.

“Now Alibaba’s ownership — and you’d also presume, resources — can help the business reach “new horizons” with its open source technology, including moves to “expand to new areas that we have not explored in the past and make sure that Flink becomes a more valuable data processing framework for the modern data-driven, real-time enterprise,” says Tzoumas and Ewen.

Both founders will remain in the company.