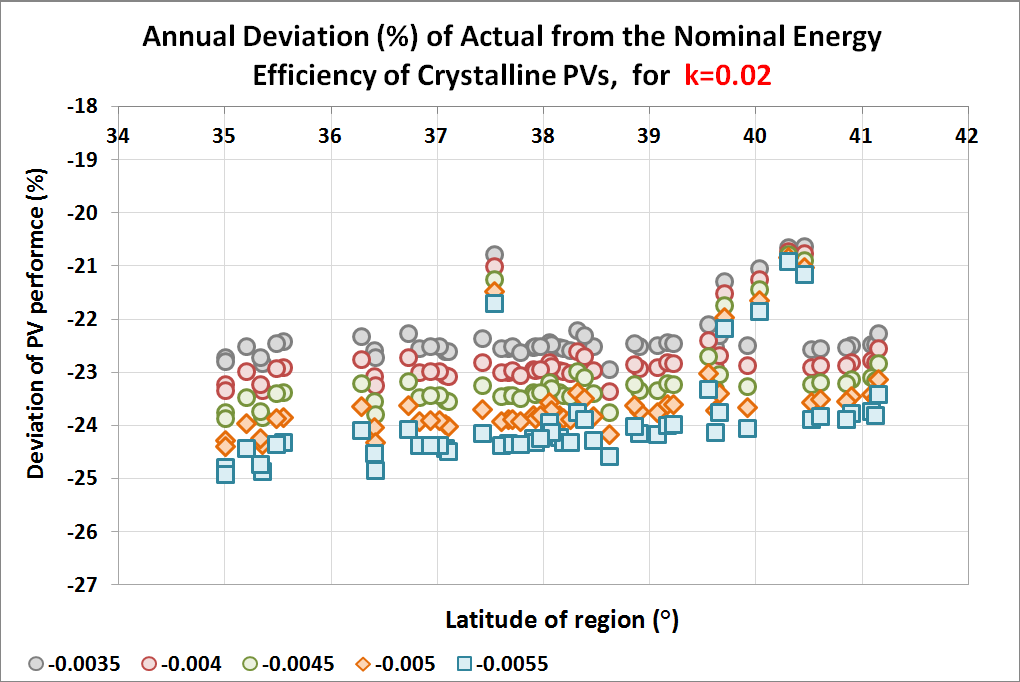 The examination is open to anyone who wishes to attend (Laboratory of Electricity Systems, 2.2.29, Old ECE building).

Abstract: The aim of this thesis is to assess the energy performance efficiency of crystalline photovoltaic panels operating in outdoor conditions, under the different climatic conditions in Greece. In this framework, empirical models were developed, using appropriate correlation equations, in order to estimate the energy performance / capability of crystalline photovoltaic (PV) systems (electricity production), according to climate conditions that affect their energy performance, as well as to the specific technical characteristics of crystalline PV systems. Correlation equations were obtained through the analysis of the data drawn from two experimental PV systems installed outdoors.
Also, correlation equations (models) were developed in order to estimate a) the average hourly solar radiation (on a horizontal and an inclined plane), and b) the average, maximum and minimum hourly outdoor air temperature, per month for each Greek region. Correlation equations were obtained based on data provided by the Hellenic National Meteorological Service (abbreviated as EMY in Greek) for different Greek locations and the use empirical and theoretical models for the estimation of solar radiation.
The actual energy performance (%) of the PV systems varies significantly during the day and for all seasons. The average monthly deviation of actual energy performance from the nominal energy performance (STC) provided by the manufacturer, may vary from 9% to 40%, depending on the climate conditions of each region and on the technical characteristics of the photovoltaic systems. Parameters affecting the variation of actual energy performance (%), in relation to nominal performance nref, are mainly the PV temperature and the incidence angle of solar radiation on the PV surface.
The empirical models, developed in the frame of this thesis, were applied in order to study of the application of PV systems in buildings. Energy efficiency and energy production as well as its financial feasibility were analyzed and evaluated. The of photovoltaic panels in buildings appears to be financially viable in Greek regions, especially through the application of a net-metering system connected to the national power distribution grid. Nonetheless, the usage of autonomous PV systems (off-grid) is yet financially sound, but is becoming more and more attractive in comparison to alternative power supply solutions.