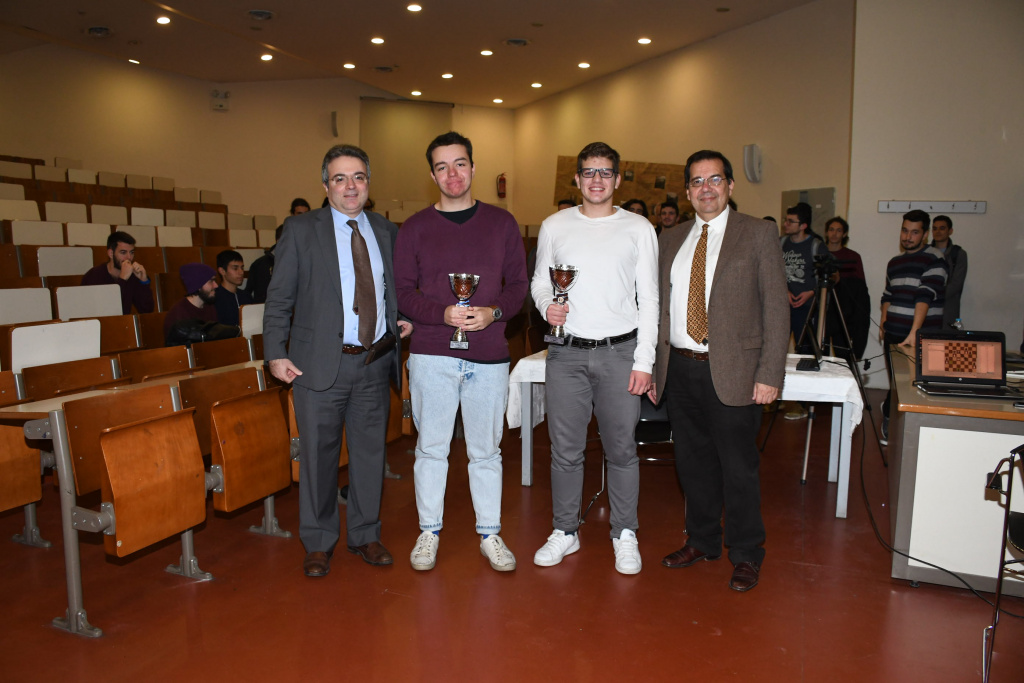 This year's Tournament was not only held at the NTUA Central Library but also gave the opportunity to the players for online qualifiers. More than six hundred games have been played by eighty participants of both NTUA Community and other Universities.

The Grand Final held on December 10, 2019 at Amphitheater 1 of the School of Electrical & Computer Engineering of the NTUA. The two finalists -Giorgos Beliotis (first year student of ECE) and Grigoris Drakoulakos (second year student of Mechanical Engineering) offered us an intense match that ended in the second rapid game. Grigoris Drakoulakos won for second consecutive year the title taking advantage of his top level, experience and composure against the fighting skills and the complicated chess positions of Giorgos. The competitive match caught the interest of many students from all chess knowledge levels enhancing the NTUA Chess Community. The NTUA Rector, Prof. Andreas G. Boudouvis, awarded the trophies to the finalists. 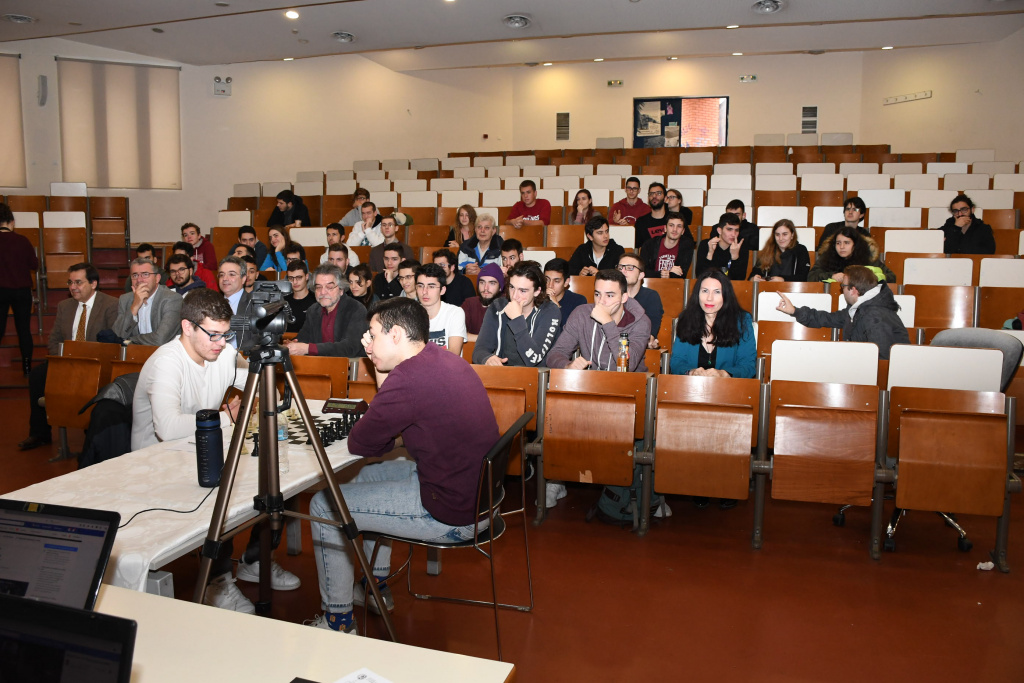 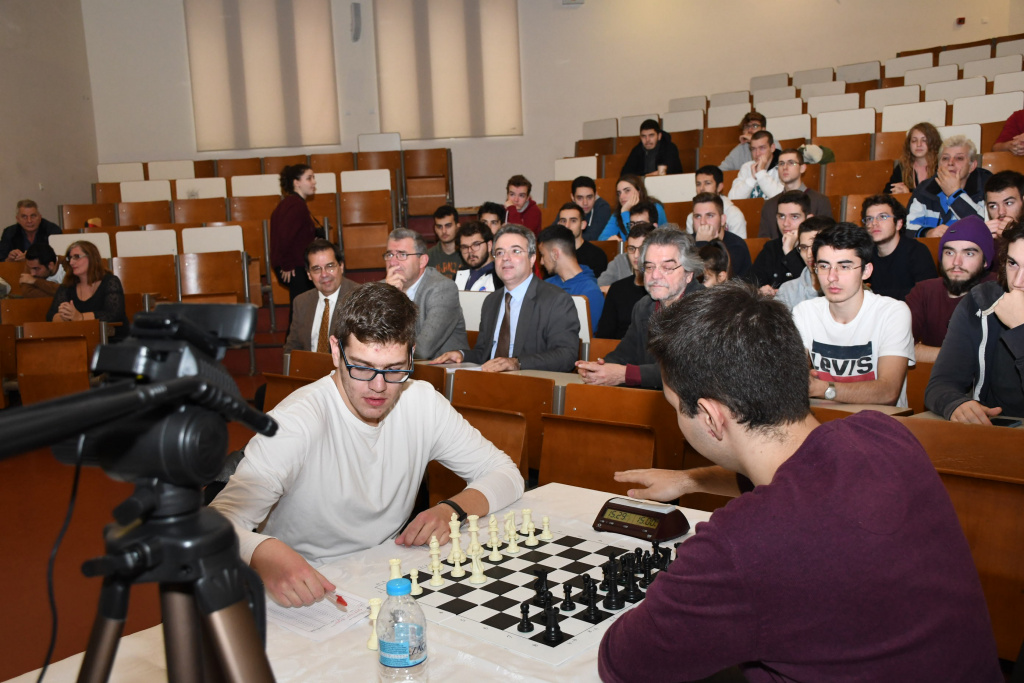 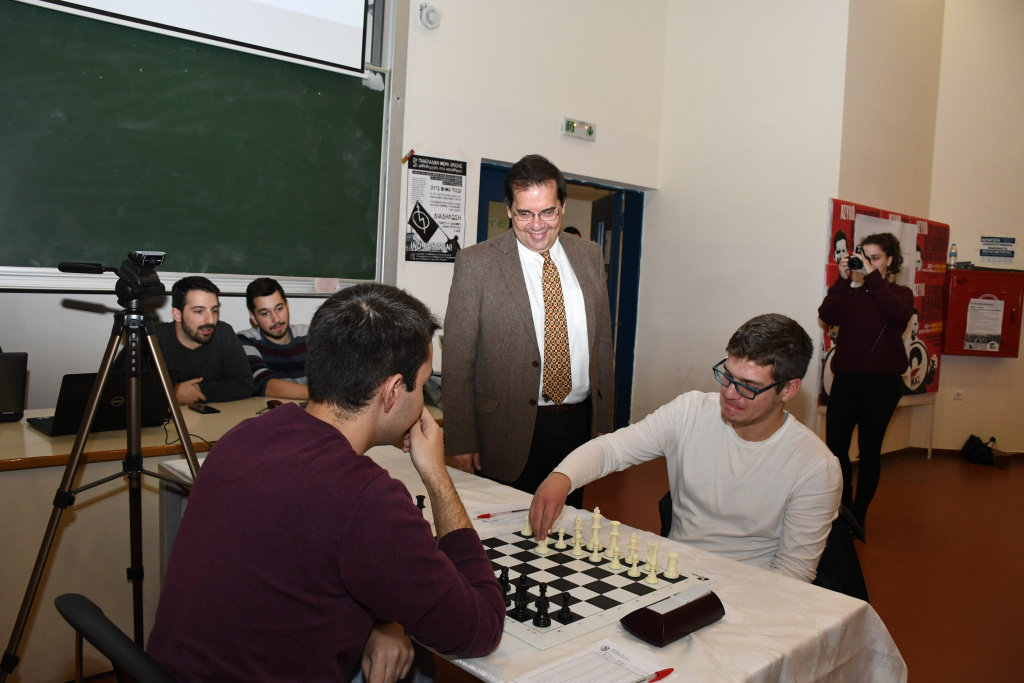 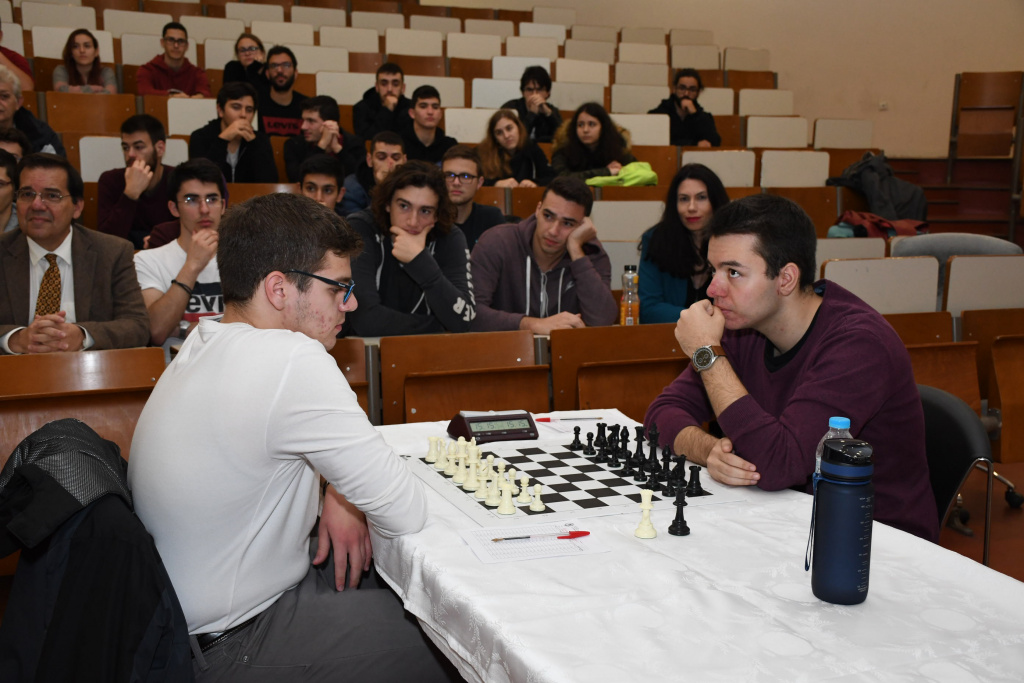 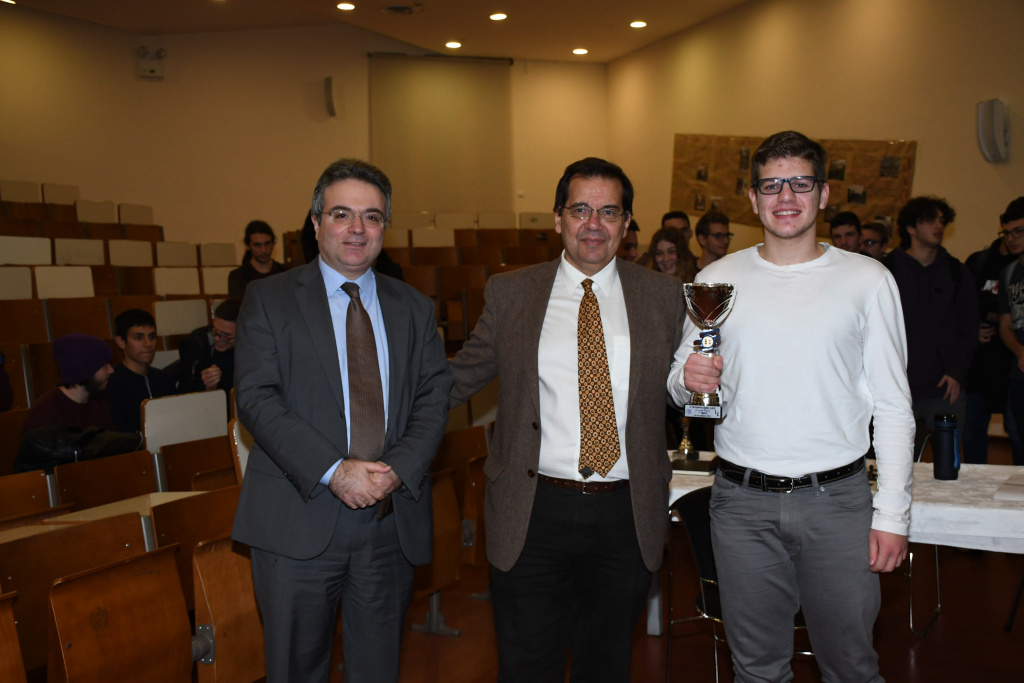 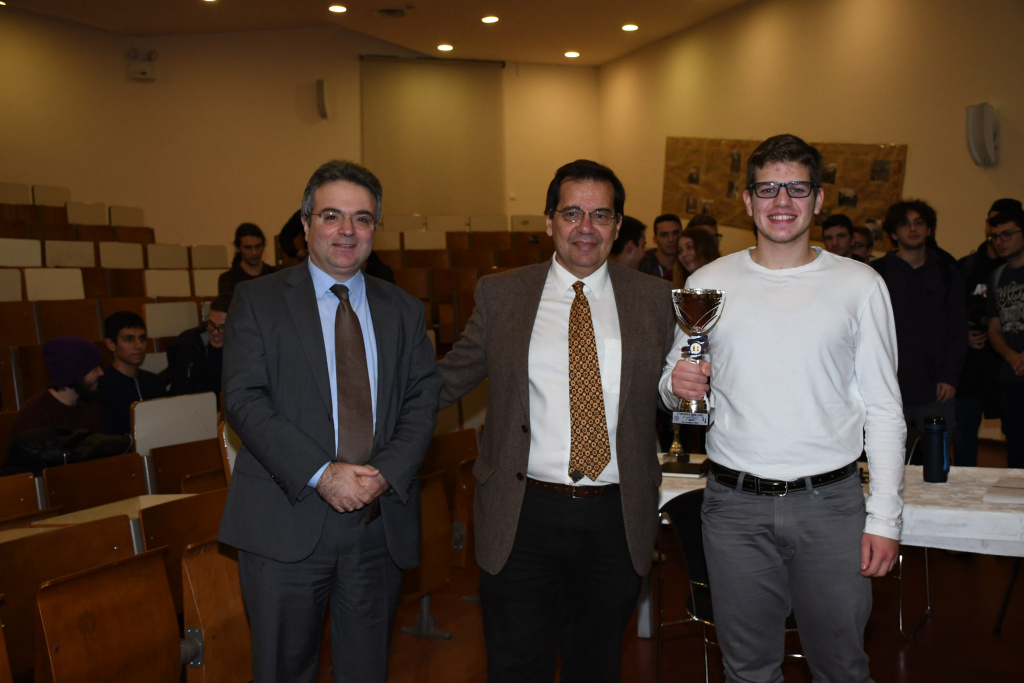 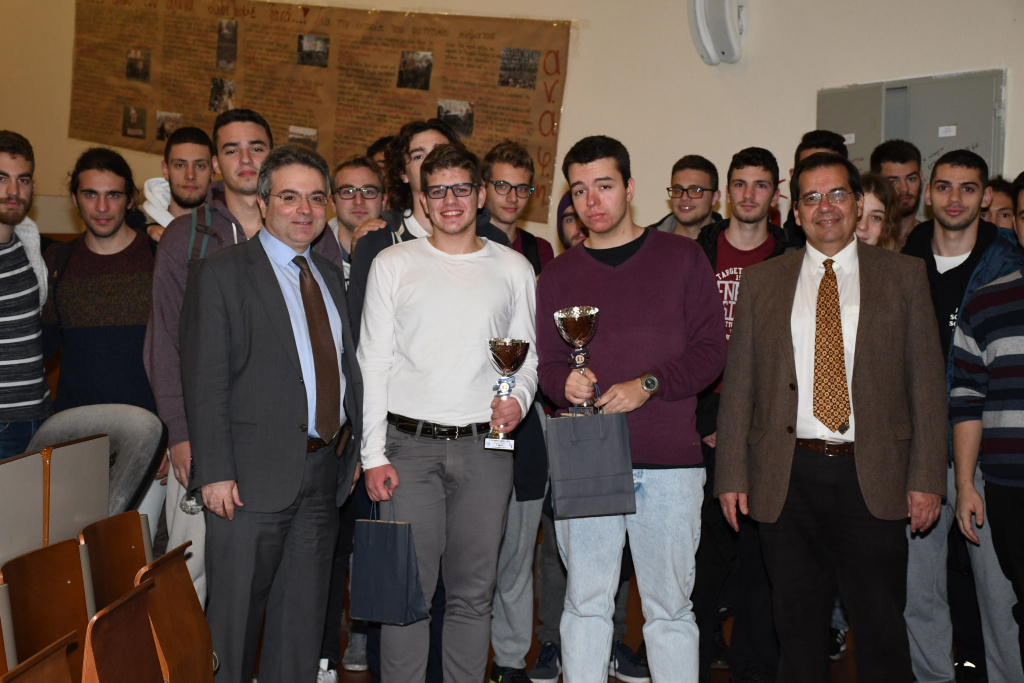