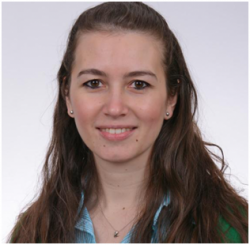 BioSIm’s alumna Dr. Asimina Kiourti, an Assistant Professor in Electrical and Computer Engineering at The Ohio State University, has been announced as a member of “Columbus Business First” 40 Under 40 Class of 2021. This annual award program recognizes Central Ohio’s best and brightest young community leaders who champion people and their potential through partnerships, creating opportunities for communities and future leaders to thrive.

40 Under 40 is the longest-running awards program at Columbus Business First. The competitive selection process included a record number of applications this year, with more than 250 submissions backed by letters of support from esteemed colleagues and collaborators.